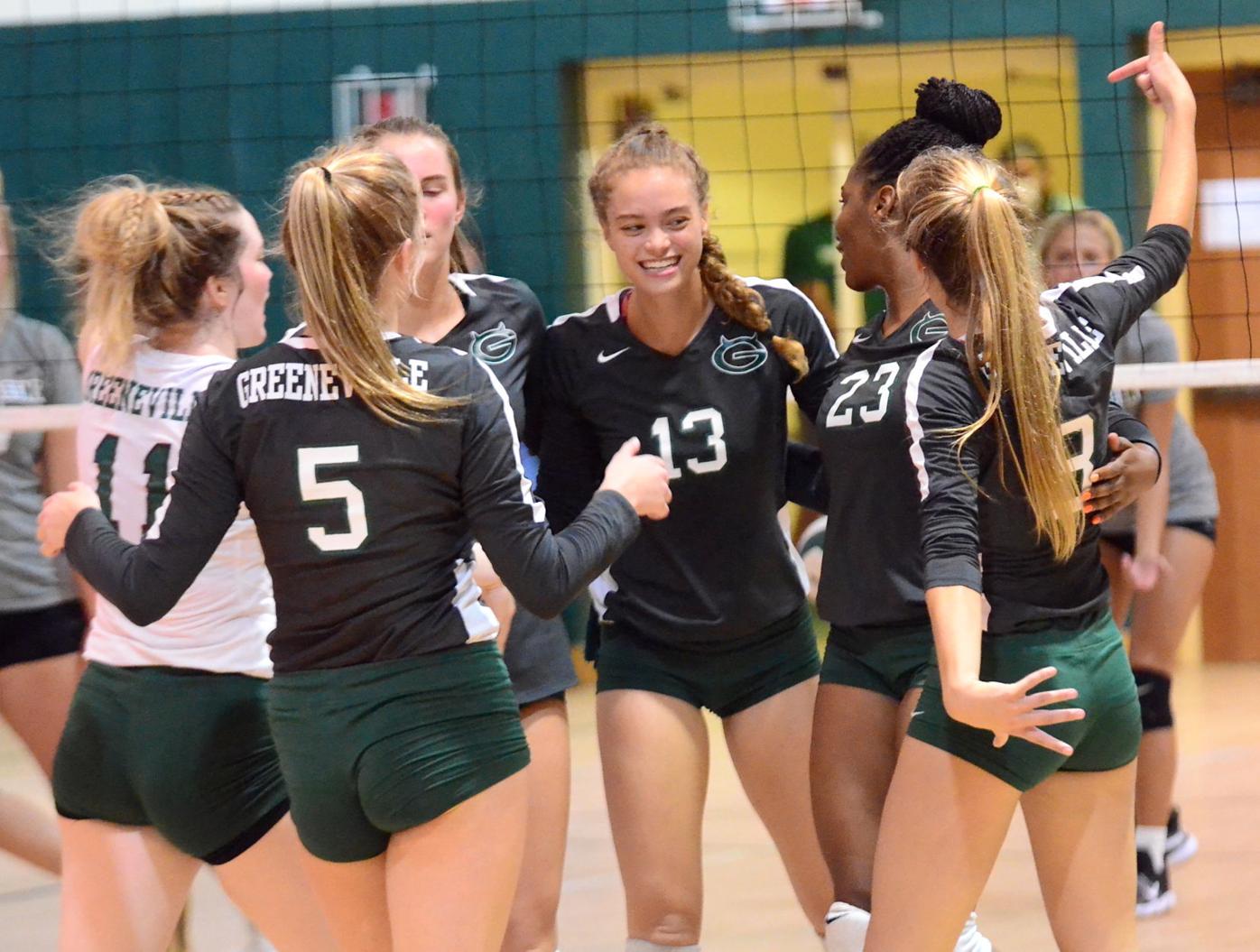 The Greeneville volleyball team congratulates Nikkayla Stewart (13) after a kill against North Greene on Monday. 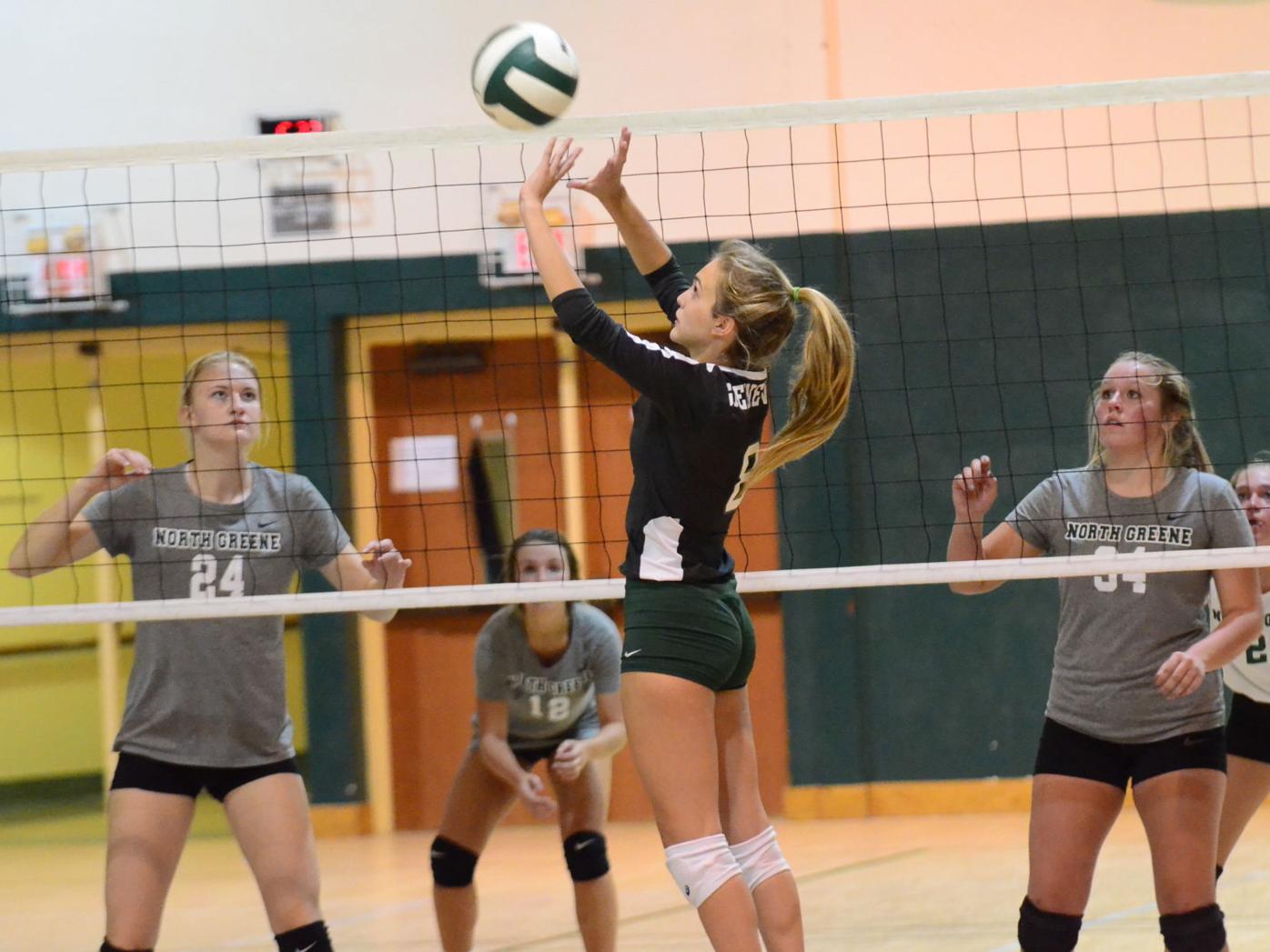 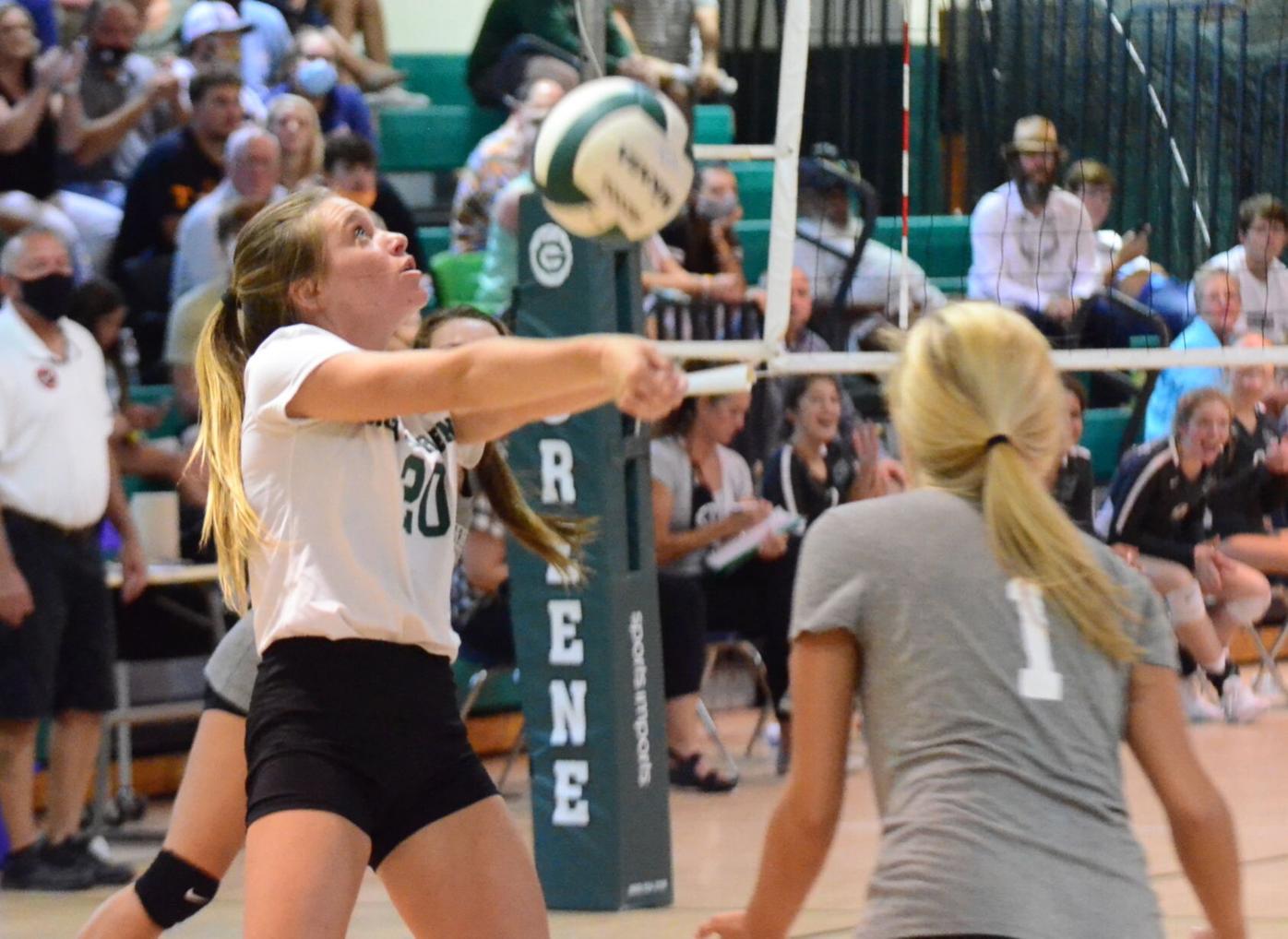 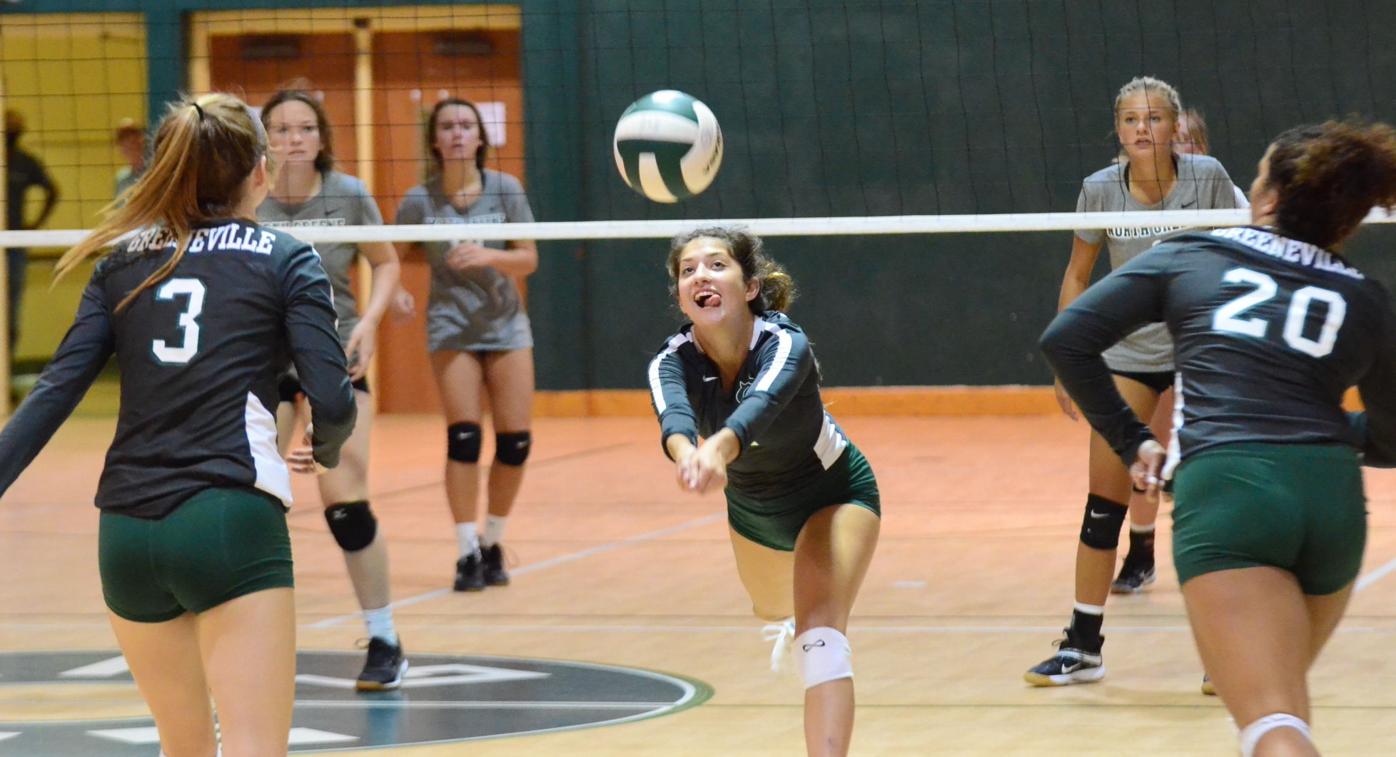 Greeneville’s Eden Aiken dives for a ball between Rayley Hayes (3) and Jocelyn Gillespie (20) against North Greene on Monday.

The Greeneville volleyball team congratulates Nikkayla Stewart (13) after a kill against North Greene on Monday.

Greeneville’s Eden Aiken dives for a ball between Rayley Hayes (3) and Jocelyn Gillespie (20) against North Greene on Monday.

The Greeneville volleyball team continued its winning ways on Monday, battling with North Greene before completing a 25-17, 25-16, 26-24 sweep.

“I thought tonight was a good win for us,” Greeneville coach Erin Franklin said. “North Greene was tough. They brought a big block and that was good for us to go against. We had to learn to adjust our shots and we had to learn to cover tighter. It was a battle tonight and we needed that as we get ready to finish out district play and get ready for the postseason.”

The win came on senior day for the Lady Devils where they recognized Nikkayla Stewart, Takiya Curry, Jules Aiken, Ansley Incsore, Jocelyn Gillespie, Emma Renner and Rayley Hayes. All seven have played all four years with the Lady Devils and have made big contributions to Greeneville’s recent success.

“This group has been a huge part of what we have done over the last four years,” Franklin said. “They have all played four years, and built our program up. It was hard last year not having a senior, but it was good for those girls because it made them learn how to lead. Now they have done that, and they are such good leaders for us.”

The night started with Greeneville grabbing the lead early in the first set, and then never letting the Lady Huskies catch up.

An ace by Stewart gave Greeneville its first lead at 3-2 and then after a tip by Lauren Bailey that lead was more comfortable at 10-4.

North Greene twice closed the gap to four points, first at 15-11 on a block by Kylie Keffer and next at 17-13 on a kill by Keffer.

Greeneville then closed the set with kills from Stewart, Curry, Chloe Marsh and Gillespie for a 25-17 win.

On the day the Lady Devils used a balanced effort up front. Bailey led the way with nine kills and seven blocks. Stewart had eight kills and nine blocks. Curry had five kills and eight blocks, Marsh had seven kills and Gillespie had four kills.

Renner led Greeneville with 12 digs, while Eden Aiken had 10 digs and 13 assists. Jules Aiken had 15 assists.

In the second set, the teams traded points to a 14-14 tie. Bernard had a pair of aces for the Lady Huskies while Bailey had a kill and a block for Greeneville during the stretch.

Curry broke the tie with a kill for Greeneville and Jules Aiken added a pair of service points for the biggest lead to that point at 17-14.

A block and kill by Stewart in consecutive points put the Lady Devils in front 21-15. Marsh finished the run with a kill to give Greeneville a 23-15 lead before the Lady Devils took a 25-16 win.

Greeneville started the third set with Inscore at the service line and she served her side to a 7-0 lead. Stewart had two kills and a block in the stretch while Marsh had a kill and a block.

North Greene fought back and after a kill by Hailee English the set was tied 10-10.

North Greene never led in the third set, but did tie things three more times. The Lady Huskies last knotted it 24-24 on a serve by Anna Weems.

An error gave Greeneville the serve back and Stewart finished the night with a kill.

“It was good to see the girls figure out how to finish,” Franklin said. “We can’t do it for them, they have to work through it. It’s important to play teams like this that push back against us. It makes us learn to play without making errors.”