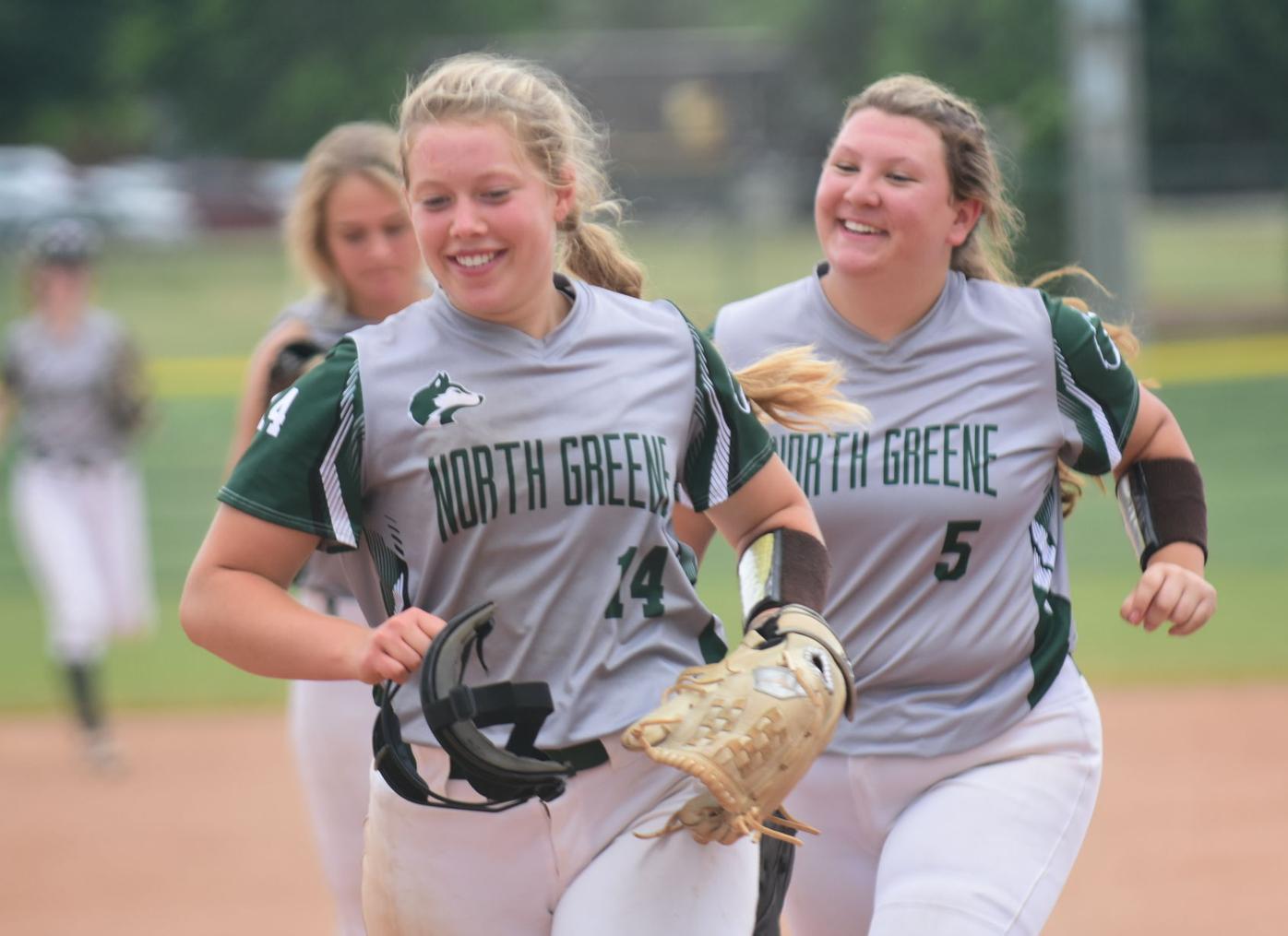 North Greene’s Cambell Gaby (14) and Kylee Jones (5) grin as they come off the field on Wednesday after defeating Union City 5-0. 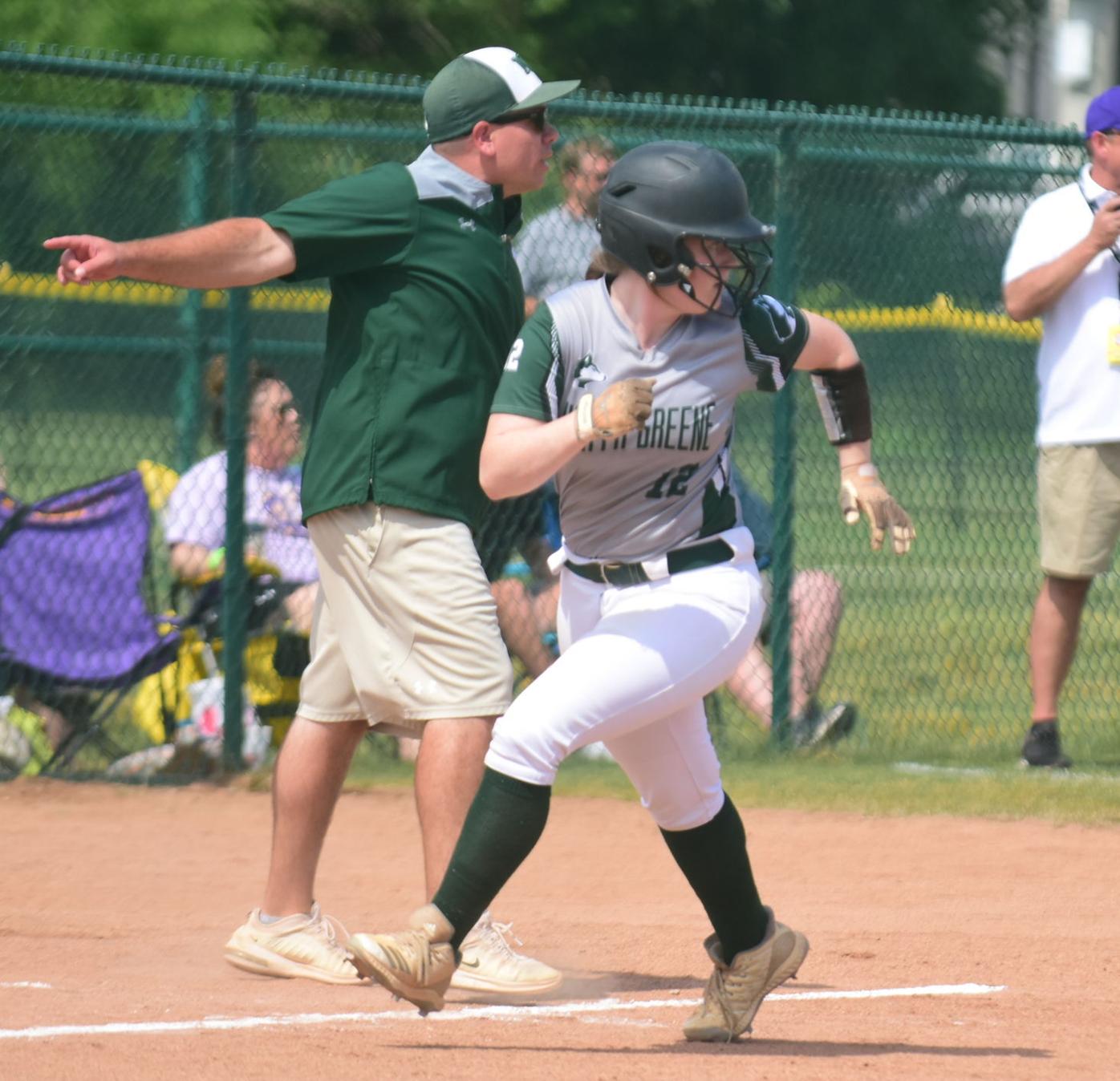 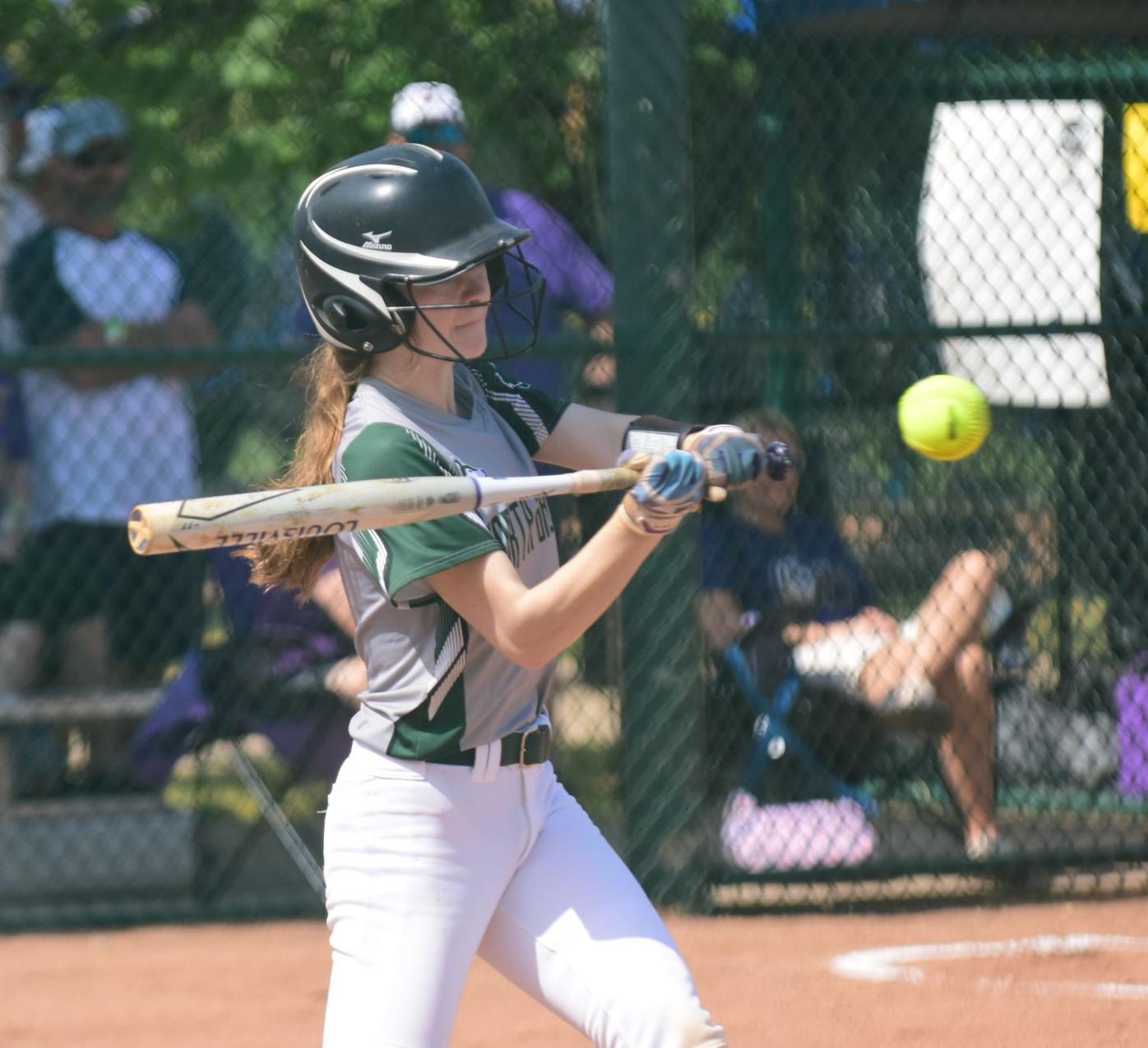 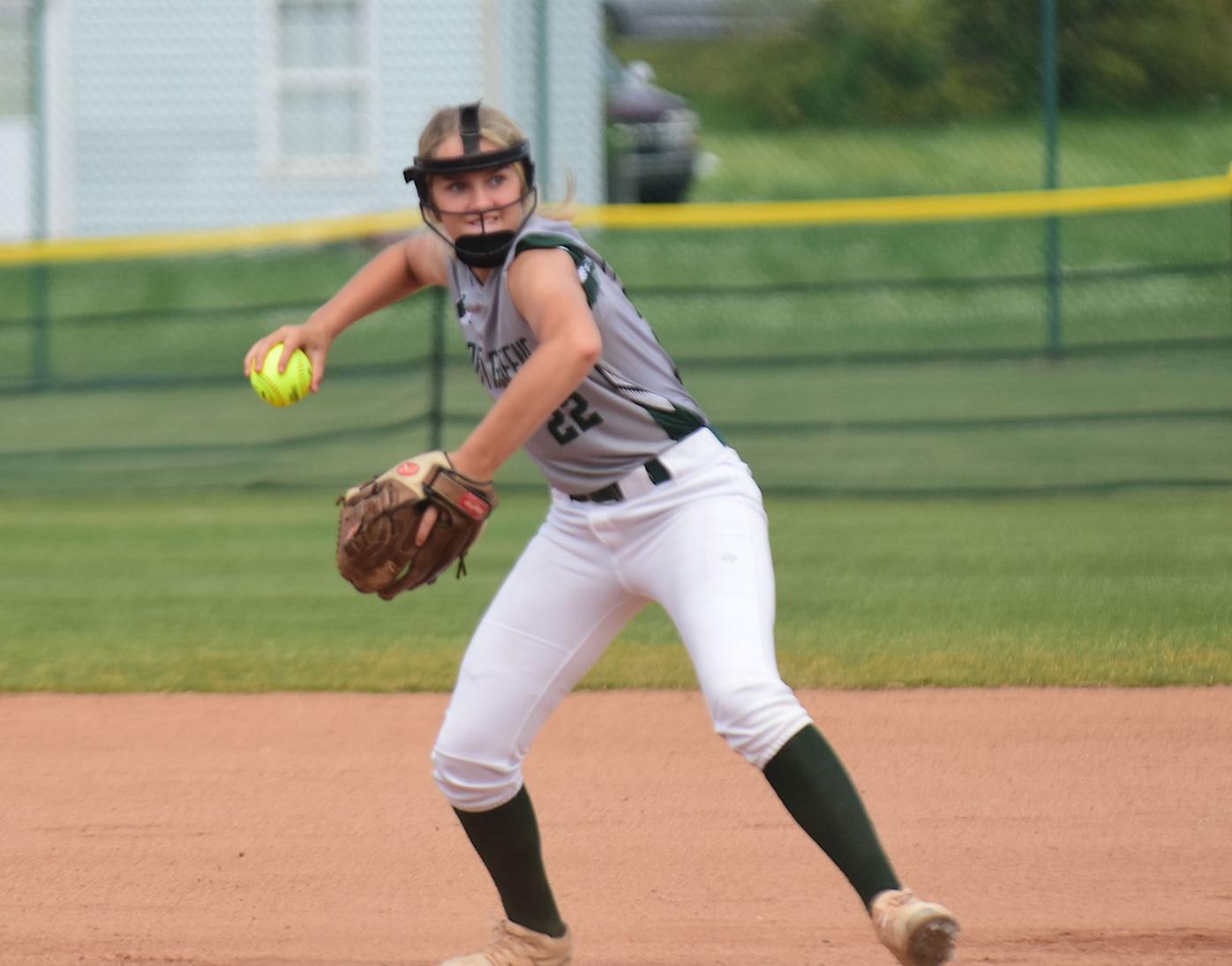 North Greene’s Zoe Sanders makes a throw to first base on Wednesday against Union City.

North Greene’s Cambell Gaby (14) and Kylee Jones (5) grin as they come off the field on Wednesday after defeating Union City 5-0.

North Greene’s Zoe Sanders makes a throw to first base on Wednesday against Union City.

MURFREESBORO — The North Greene softball team did something on Wednesday that no other group of Lady Huskies has been able to do since 1979. It won a game at the state tournament.

The Lady Huskies got off to a quick start on offense and played flawless on defense to knock off Union City 5-0 in the Class A state tournament.

“I think it’s good for these girls to be a part of this,” North Greene coach Danny Weems said. “I think these girls work pretty hard and do things the right way. Now they are being rewarded for that. Hopefully we can get one or two more, or even three or four more.

“I think we played well today. It was like most of the postseason, another good clean game. We took advantage of opportunities when we had them and Cambell (Gaby) pitched well again.”

The Lady Huskies last win in the state tournament was an 8-4 over Boyd Buchanan on May 21, 1979, in the Class A tournament’s semifinals. Richland then went on to beat North Greene twice to claim the state title.

North Greene will be in action again on Thursday against Sale Creek at 10 a.m. at the Starplex in Murfreesboro. If North Greene wins that game it will play again at 4 p.m. Thursday.

Sale Creek opened the tournament with a 5-2 win over Halls on Tuesday and then fell 11-1 to Huntland on Wednesday.

The Lady Huskies got started quickly on Wednesday and took a 3-0 lead in the first inning.

Haley Kirkpatrick led off the side by sending a double down the left-field line. On the next at bat, Zoe Sanders dropped a single into center field to score Kirkpatrick. Union City let the ball get by in center to allow Sanders to reach second, and then let it rolled under the fence to put her on third.

Cambell Gaby next hit into a groundout that allowed Sanders to score.

Kessie Antonelli put a line drive into right field. Eliza Brown followed with a ground ball through the left side, and Antonelli scored when Kylee Jones dropped a single into shallow left field.

“Haley Kirkpatrick had a really good hit in the first at bat, and then we ended up scoring three runs,” Weems said. “It keys off of that leadoff double. It was good to get started that way today after a loss yesterday.”

In the fourth inning, the Lady Huskies added two more runs to go in front 5-0.

With two out, Paysli Randolph was hit by a pitch and then Breezy Savage worked a walk. Kirkpatrick then sent a fly ball to the right-center gap. Union City’s Bayleigh Long was able to lay out and get to the ball, but as she was going to the ground the ball came loose and hit the turf. That allowed both Savage and Randolph to score.

In the circle, Gaby was in control again. She struck out seven, walked two and gave up four hits. The only inning she ran into trouble was the fifth when Emmaline Qualls and Bailey Decker ended up on second and third with one out after consecutive singles. Gaby then struck out the next two batters to preserve the shutout.

“We’ve been pretty consistent in the postseason,” Weems said. “Yesterday we ran into a buzzsaw, and it was a different situation. This is kind of like how we have been playing since the semifinals of the district tournament. We’ve had good pitching, and have gotten good defensive play. Then we have scored runs when we have had opportunities.”

North Greene earned seven hits on Wednesday with Kirkpatrick and Brown each going 2-for-3.