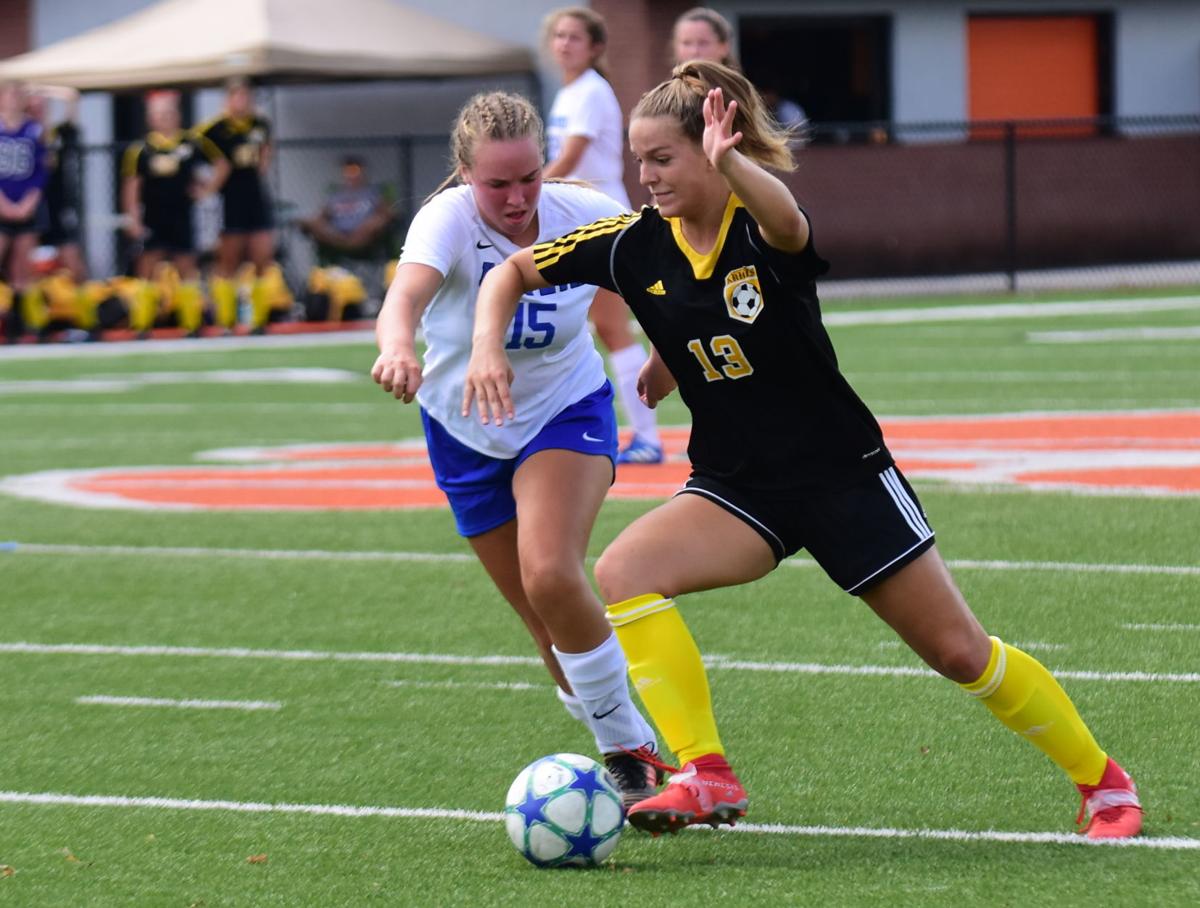 Chuckey-Doak’s Madison Marion (13) tries to get past a Harpeth defender on Saturday at Pigeon Forge. 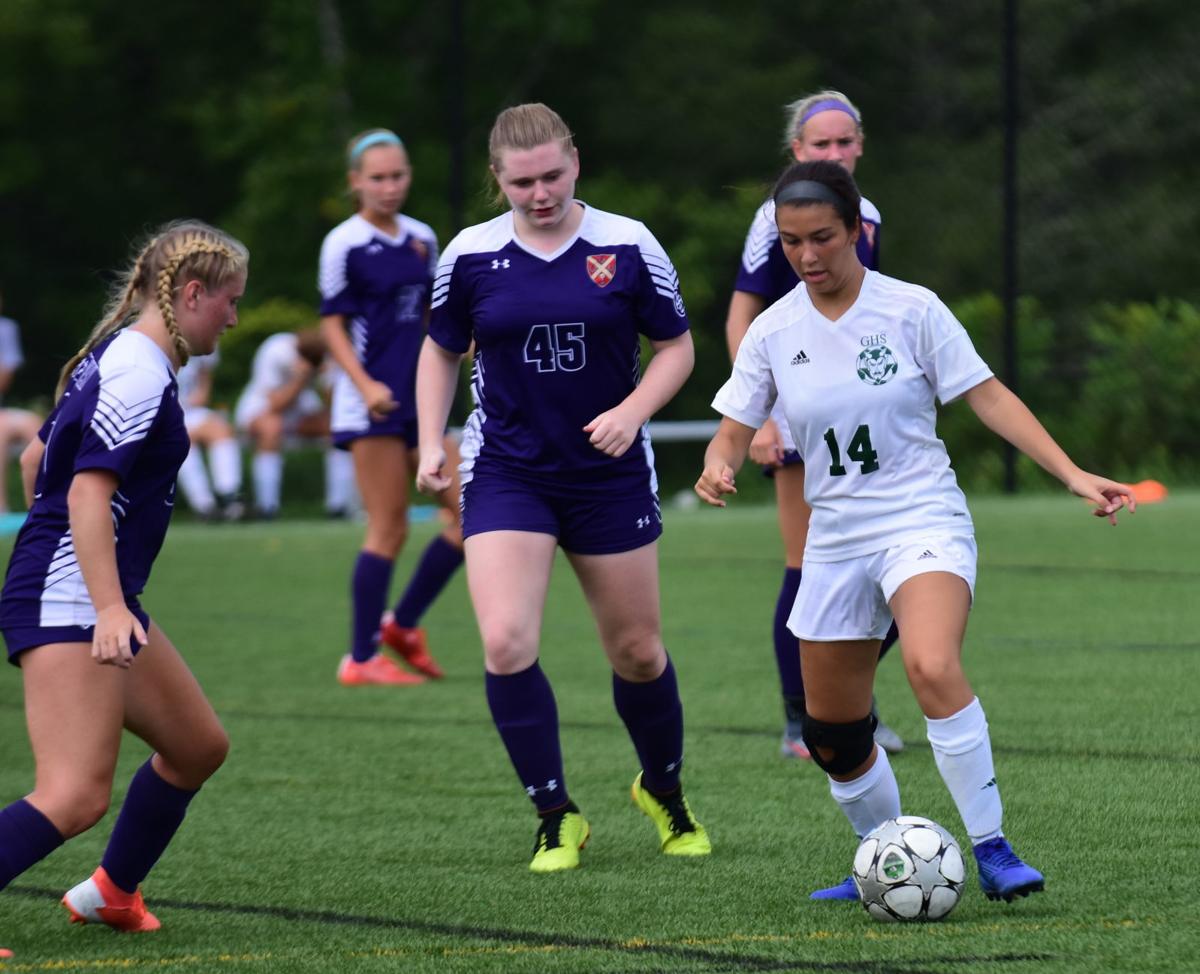 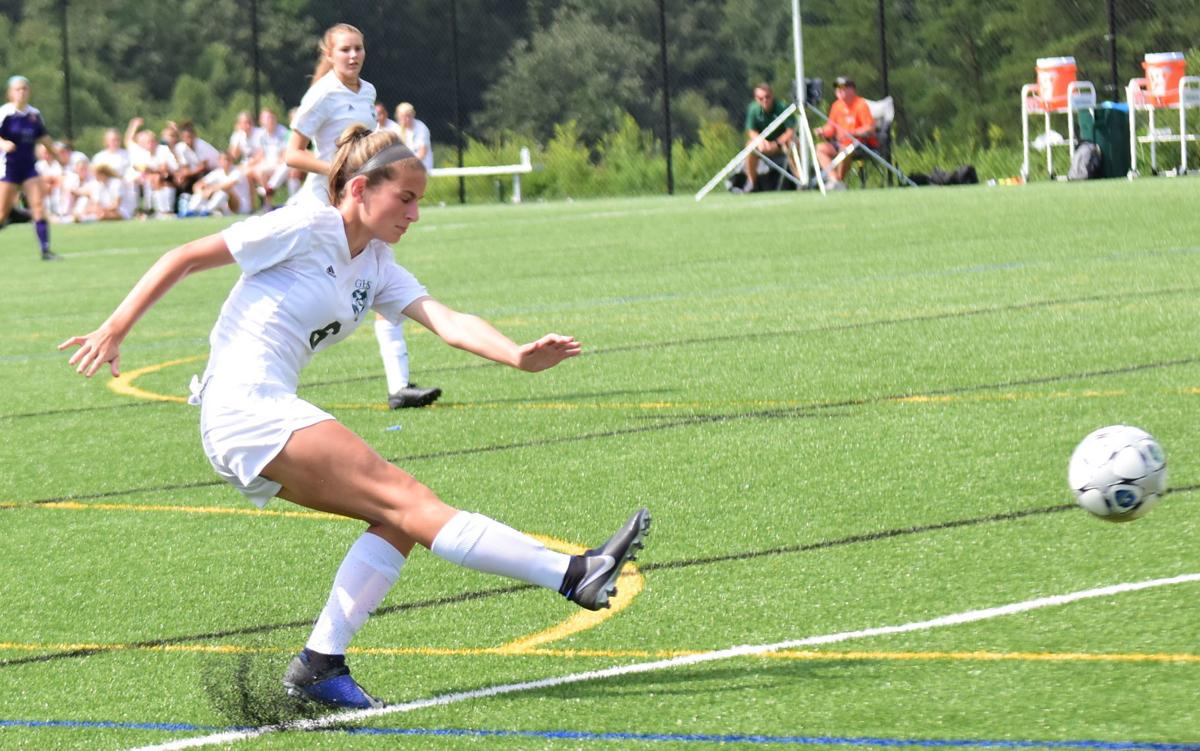 Greeneville’s Skylar Mitchel sends a shot at the goal against Father Ryan on Sunday in Gatlinburg. 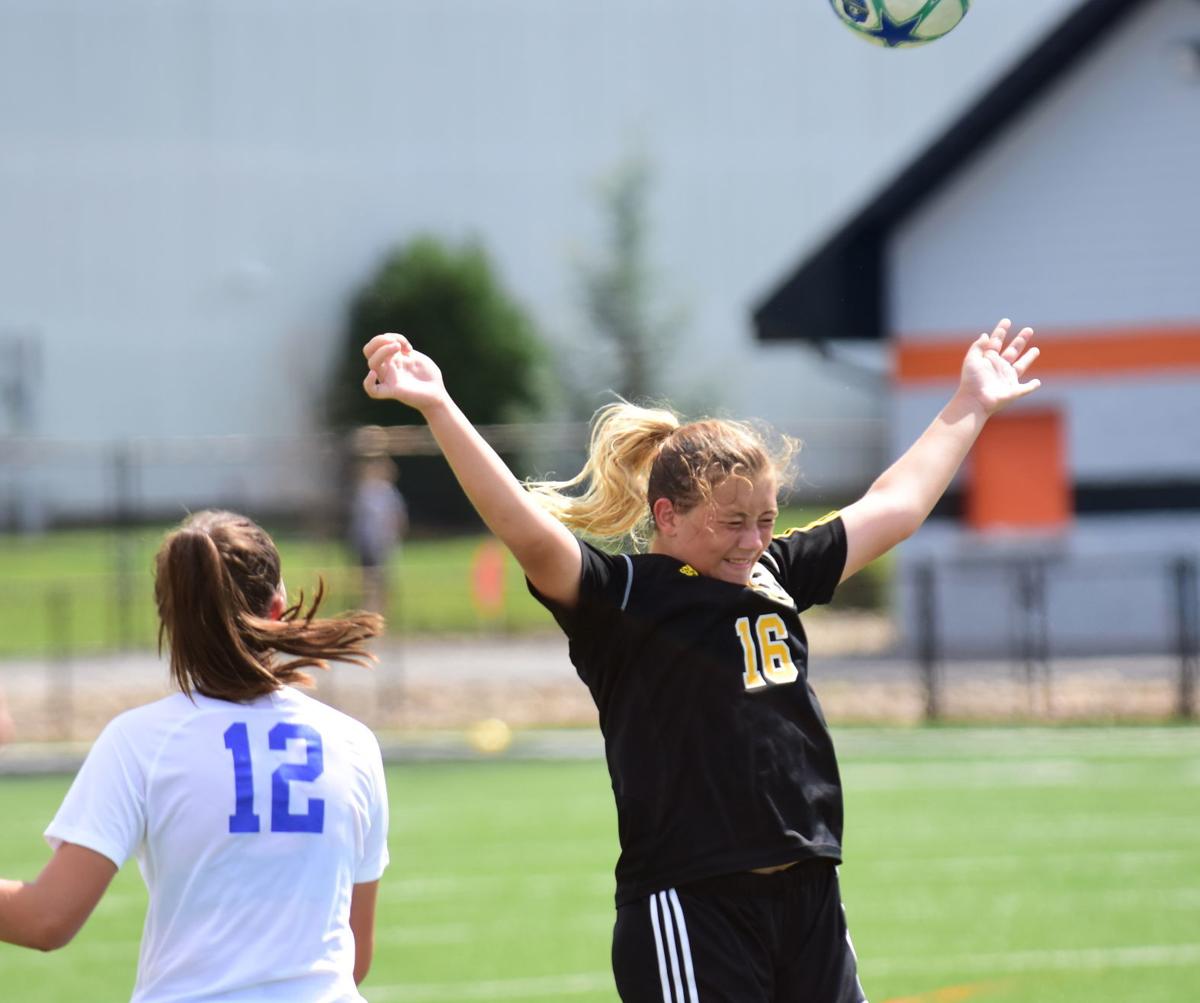 Chuckey-Doak’s Haley Beverly (16) heads a ball on Saturday against Harpeth in Pigeon Forge.

Chuckey-Doak’s Madison Marion (13) tries to get past a Harpeth defender on Saturday at Pigeon Forge.

Greeneville’s Skylar Mitchel sends a shot at the goal against Father Ryan on Sunday in Gatlinburg.

Chuckey-Doak’s Haley Beverly (16) heads a ball on Saturday against Harpeth in Pigeon Forge.

The final results over the weekend were not what the Chuckey-Doak and Greeneville soccer teams were hoping for at the Smoky Mountain Cup in Sevier County, but both coaches came away feeling their teams learned something from the challenging competition they faced.

“You play in this tournament to play better teams, and we know we are playing better teams. We didn’t finish with the record we wanted, but I can’t fathom we didn’t learn a lot,” Chuckey-Doak coach Anna Ricker said. “We learned a lot about each other as a team and played really hard. Overall, I think it was a good experience for us and I think we can build on it.”

The Lady Knights only gave up three goals in three games, but went 0-2-1, while Greeneville played with some of the best programs in the 80-team event for 40 minutes but could not figure out how to finish out all 80 minutes.

The Lady Devils went 1-2 in the tournament. They beat Station Camp 5-1 on Friday. On Saturday, they fell 6-0 to Sacred Heart of Louisville, Kentucky, who finished 2018 as the No. 1 ranked team in the country according to Max Preps.

The Lady Devils went into halftime tied 2-2 with the Lady Irish, but things derailed in the second half as Father Ryan found the back of the net seven times for a 9-2 win.

“We want the girls to keep their heads up. We come here so we can play the best, and we are playing in the top bracket,” Greeneville coach Jerry Graham said. “We do want to get exposed early in the year, and obviously that happened in the last two matches. We’re going to be in the film room tomorrow and see what we can improve on.”

The day’s scoring started in the sixth minute when Bradie West got behind the defense and fired in a goal from wide on the right side for the Lady Irish.

Greeneville answered in the 10th minute to tie things at 1-1. Delana DeBusk started the play by running the ball to the end line where she passed back to Macy Vermillion. Vermillion slid the ball across the box to Emily Graham, who sent a quick shot from close range at the right post across the face of the keeper and into the net.

In the 25th minute, Father Ryan went in front again when Kelly Tuerff sent a cross to Lilly Rummo, and Rummo put one touch on the ball before slipping a shot inside the post.

One minute later, Greeneville again equalized. Skylar Mitchel jumped in front of a Lady Irish goal kick and quickly controlled the ball at the right corner of the 18-yard-box where she let a shot fly that she pinned in the upper corner of the frame.

Father Ryan came out of the second half and found a goal in the 43rd minute that Rummo launched from deep and banged off the post into the net.

After that point, Greeneville’s offense struggled to get good looks on goal while Father Ryan began to wear the Lady Devils down on the other end.

Another long shot in the 61st minute made the score 4-2, and the Lady Devils really got in a hole in the 66th minute when Hannah Morton followed her miss on a penalty kick.

Despite Greeneville’s disappointing final 40 minutes to its weekend, Graham is excited about the potential his team has. Last year, the Lady Devils advanced to the state semifinals and most of that squad is back this season.

“I do feel like we have a lot of depth,” Graham said. “We can cycle players in and out and the level of play does not drop off. We were down a few players today and having that depth really helped us. Where we have to improve is in heart. We can’t drop our heads like we did today. The talent is there, but we have to have the heart.”

Chuckey-Doak started the tournament on Thursday with a 1-1 tie against Perry County, Kentucky. The Lady Knights then lost to Class 3A Heritage 1-0 on Friday.

On Saturday Chuckey-Doak battled Harpeth, which advanced to the Class A Sectionals last year, but could not find a goal in another 1-0 loss.

The lone goal on Saturday came in the 44th minute when Briley Turpin sent a pass through the Lady Knights’ back line to Maranda Huffman, who in a one-on-one matchup with Breanna Roberts beat the keeper with a ball to the left post.

Outside of that play, Roberts was tough to beat on Saturday as she turned away 14 shots.

“She is the toughest kid on this team,” Ricker said. “She is going to dive for the ball. She is going to put her body out there. That is what makes her such a good goal keeper.”

Defense as a whole has been very strong for the Lady Knights in the opening week of the season as they have only allowed five goals through four games.

“They are communicating really well on defense,” Ricker said. “They play as a unit very well. They talk with each other and switch off so well. We know the defense isn’t going to give up much. We are very young back there with two freshmen starting, but I think that makes them rely on each other a little more and makes them work as a unit.”

Where Ricker feels her squad has to improve is on the offensive end. On Saturday, Chuckey-Doak was consistently able to work the ball into its attacking third of the field, but once they got into position shots that challenged the keeper were rare. Through four games, Chuckey-Doak has scored just three goals and has been shut out twice.