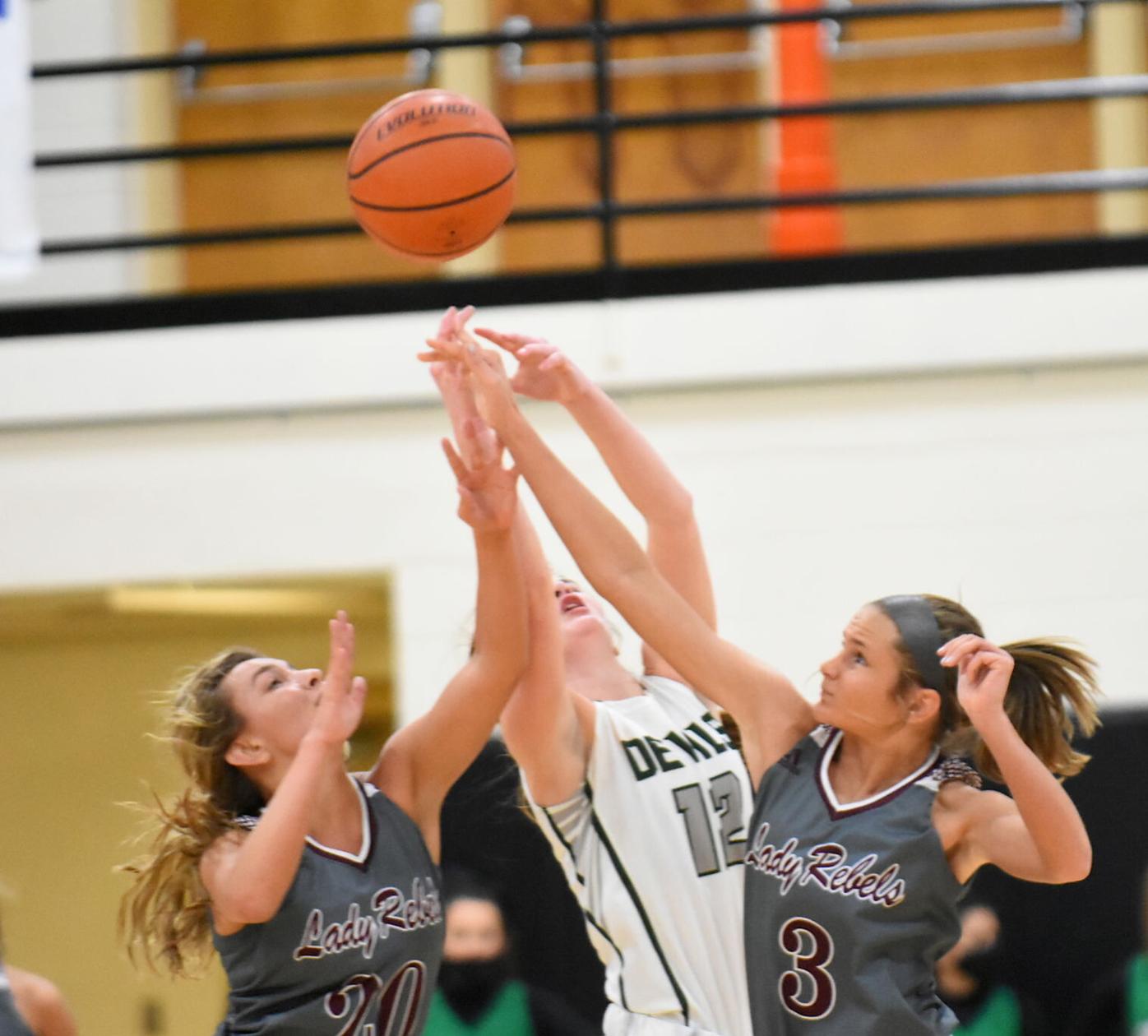 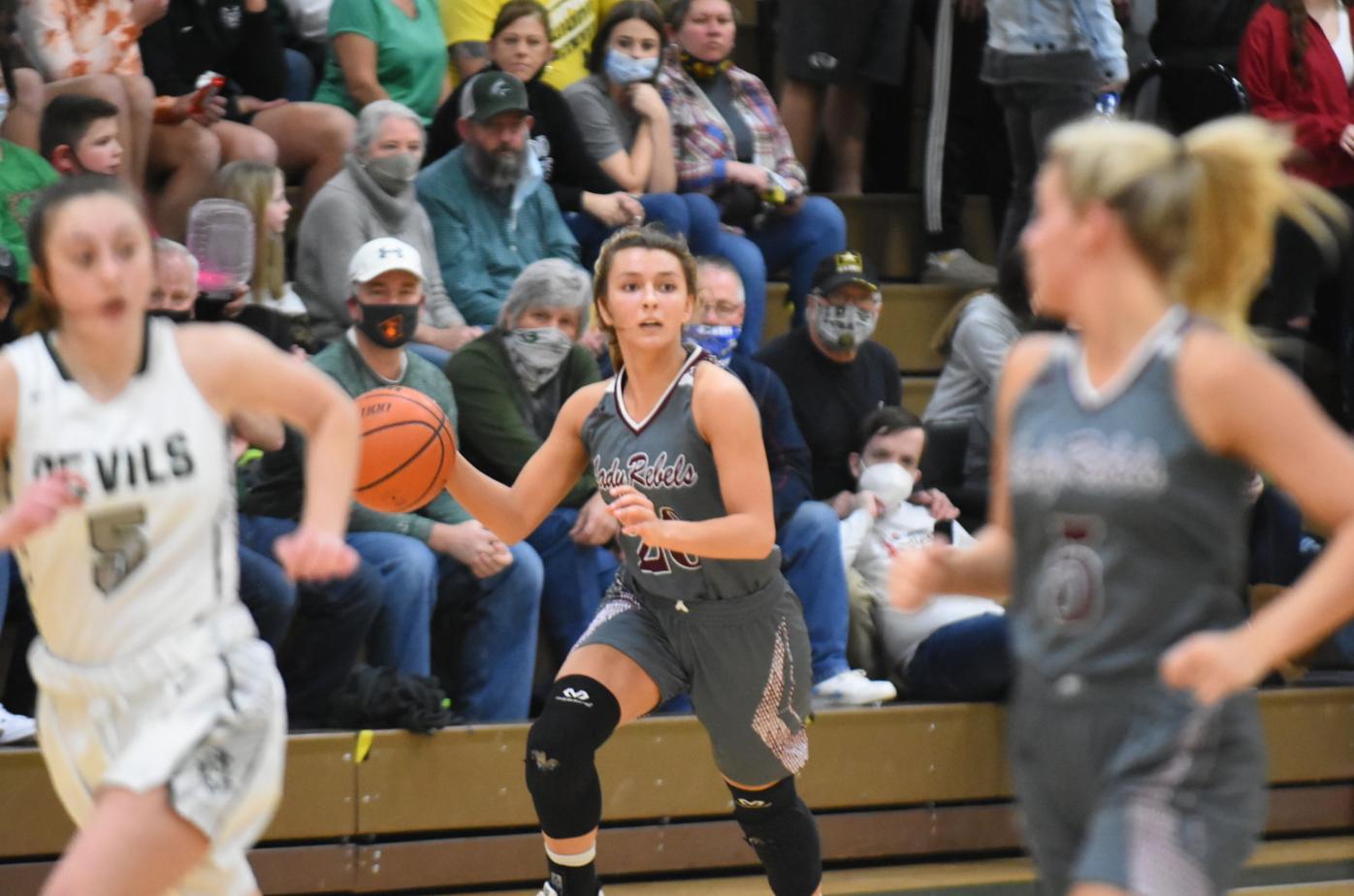 South Greene’s Kiley Collins (center) brings the ball up the floor on Saturday against Greeneville. 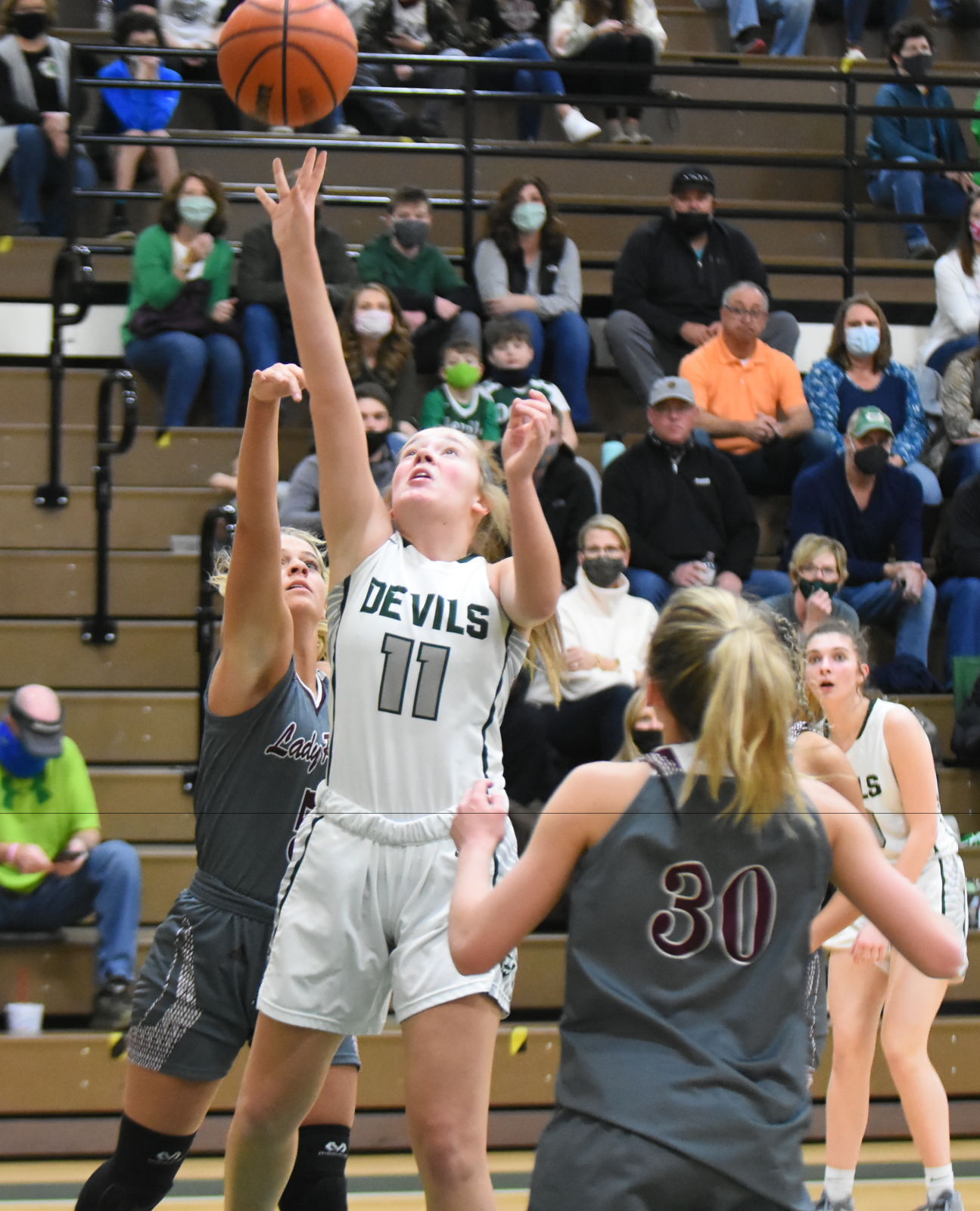 South Greene’s Kiley Collins (center) brings the ball up the floor on Saturday against Greeneville.

Two weeks prior, the South Greene girls took a heart-breaking 112-102 triple overtime loss on their home floor to Greeneville. But on Saturday, the Lady Rebels came out with a new fire and claimed a spot in the District 2-2A championship game by knocking off the Lady Devils.

The No. 3 Lady Rebels started hot in the semifinal contest and carried a big first-quarter lead to the finish in a 70-55 win over the No. 2 Lady Devils.

“I’m super elated for the girls. They played hard tonight,” South Greene coach Stephen Gregg said. “We had a great practice yesterday. We put in some new things and they picked them up in one day.

“I could not be more proud of how we opened up that first quarter. I think we caught everybody by surprise. I liked how we forced the tempo and showed what kind of defensive team we can be.”

The night started with seniors Kiley Collins and Jayden Merriweather both hitting from behind the arc on the way to an 8-2 lead.

Over the final four minutes of the quarter, South Greene’s defense bewildered the Lady Devils and held them to just three points as part of an 18-3 run on the way to a 26-8 lead.

Merriweather started the run with a triple. She followed that with a steal that set up Amelia Mullins to hit from deep for a 16-5 lead.

Over the final 2:38, Addison Williams put in four points before Braylee Woods sank the Lady Rebels fifth triple at the buzzer.

“Anytime you are playing in a hostile environment on the road you want to have a good start,” Gregg said. “These girls have shown they overcome a deficit early, but it definitely made my job a little bit easier when we jumped out to that big lead.”

Greeneville regrouped in the second quarter and began to chip away at the Lady Rebels’ lead.

A 10-0 run in which Lauren Bailey got to the rim for six points brought Greeneville within 30-25.

Williams got South Greene going again by putting back a miss before Collins swiped the ball at mid court and pushed it ahead to Haley Kells for a 35-25 lead.

The half ended with South Greene leading 35-27.

Kells got a huge second half started quickly when she knocked down a triple from the corner to start a 9-0 South Greene run.

“Haley was our superstar tonight,” Gregg said. “She has the capability of knocking down those shots, and it seemed like every time they were starting to make a run she was there. I’m glad she had the confidence to take those shots, I want her taking those shots.”

Kells capped the run with a jumper from the elbow in transition to push the lead to 44-27.

Greeneville answered with nine straight points. Grace Hayes sank a triple in the stretch and followed it with a steal that led to a layup by Bailey to narrow the gap to 43-36.

With 2:55 left, Merriweather took a long inbounds pass and got in front of the Lady Devils for a layup that put South Greene in front 49-38.

Kells then closed the quarter with a pair of triples, both the result of good feeds from Collins, to give South Greene a 57-46 lead.

In the first 30 seconds of the fourth quarter, Greeneville closed the gap to 57-50 when Delana DeBusk stole the ball and took it the other way for two points.

Kells answered with a triple to push the Lady Rebels lead to 60-50.

She then followed another trey with a steal in the backcourt that pushed South Greene’s lead to 65-53.

Chloe Marsh scored Greeneville’s final points with 4:10 left, and then South Greene’s defense locked down to the final horn.

Bailey led Greeneville with 18 points, while Lindy Carter put in 10.

South Greene will play at Grainger on Monday in the District 2-2A championship game. Greeneville will host Cumberland Gap in the third-place game. Both games are at 7 p.m.