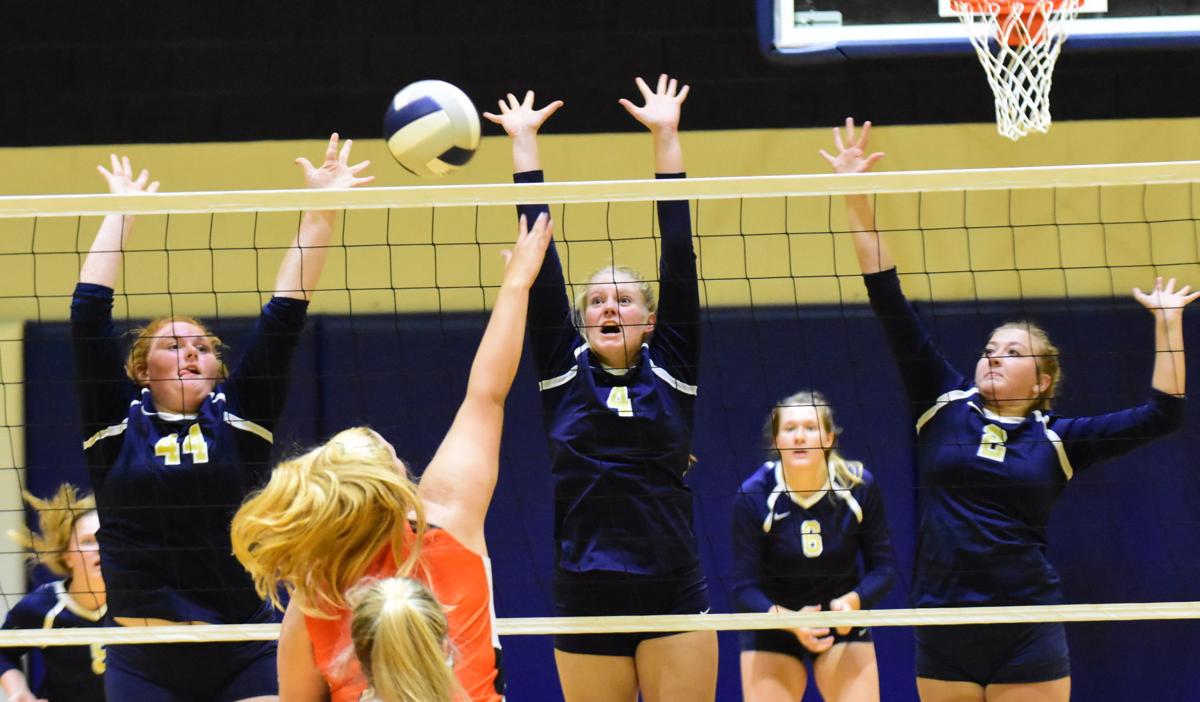 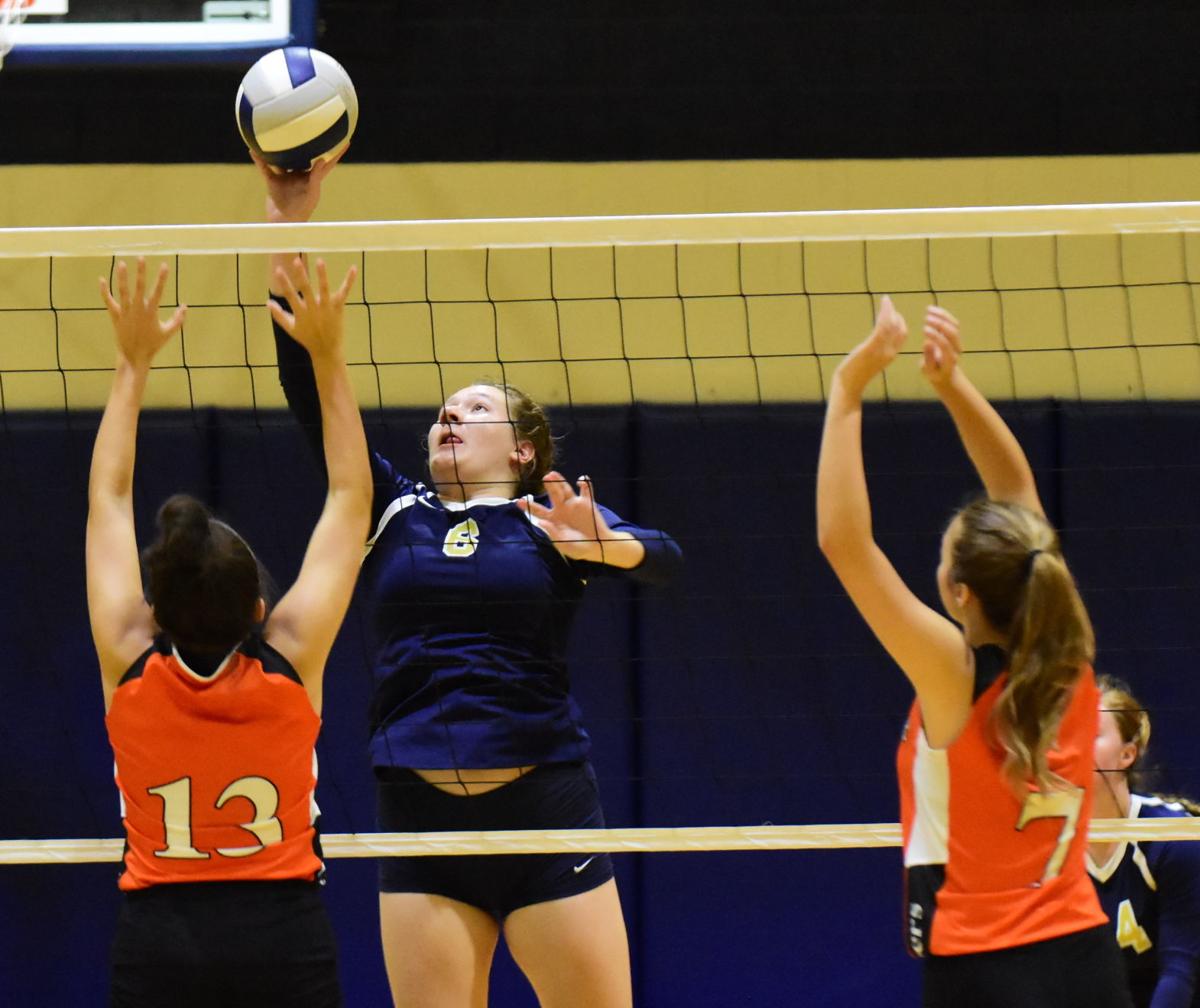 West Greene’s Madison Greenlee hits the ball on Tuesday as Pigeon Forge’s Jhayda McKinney and Becca Williams go up for a block. 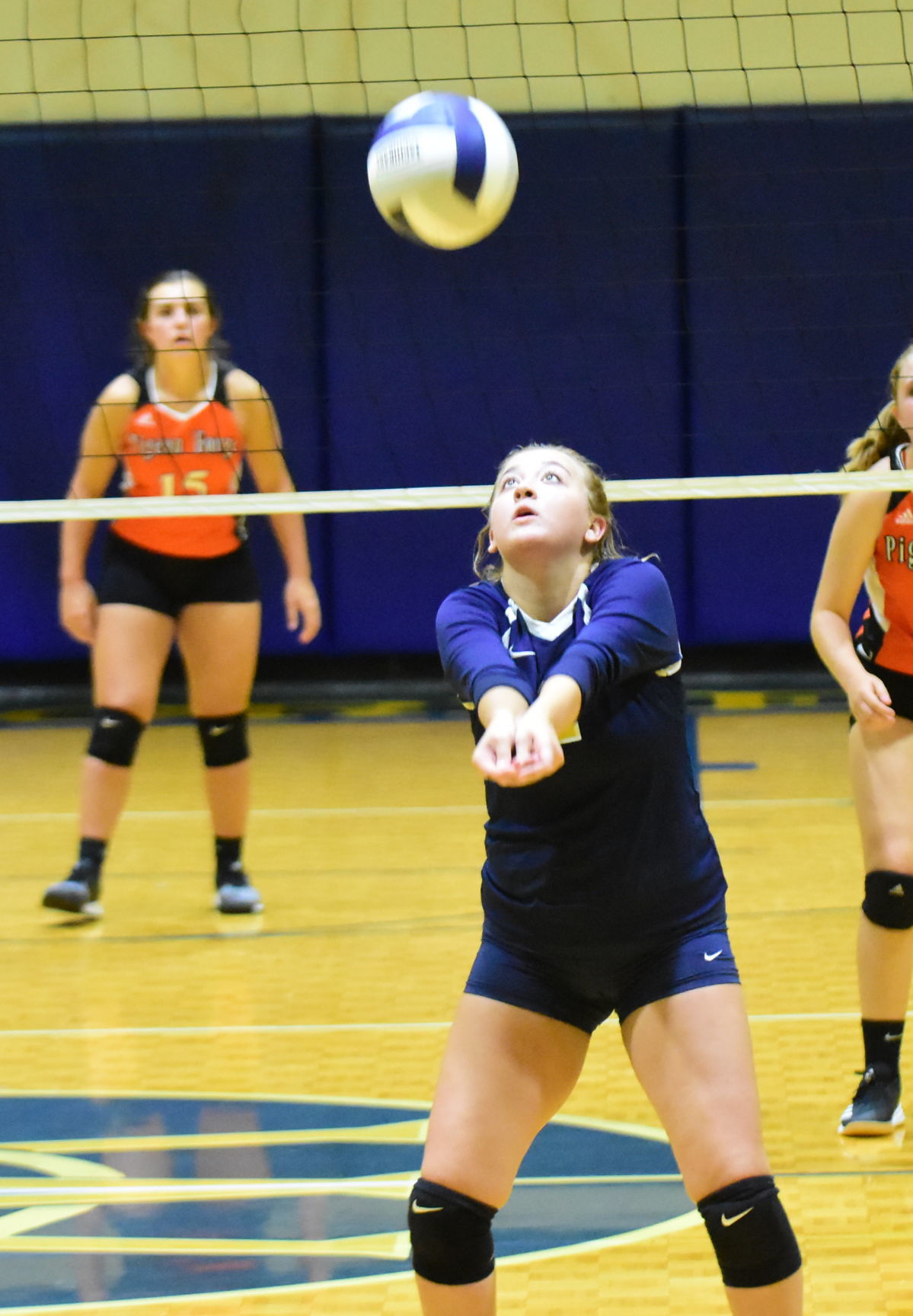 West Greene’s Madison Greenlee hits the ball on Tuesday as Pigeon Forge’s Jhayda McKinney and Becca Williams go up for a block.

The West Greene volleyball team buckled down late on Tuesday night to pick up a win over District 2-2A foe Pigeon Forge.

“I think it was just that the girls didn’t want to go to a fifth set, so they were pretty determined to finish it,” West Greene coach Raven King said. “They stepped up their game there and were able to put everything together to get the win.”

In the fourth and final set, West Greene found itself holding an early 5-0 lead behind a pair of aces by Madi Brown.

“I was proud of the way some of my younger girls pulled through in some tough situations,” King said. “We are a fairly young team and they stepped up and showed a lot of fight and a lot of drive.”

The Lady Tigers answered West Greene’s early advantage by swinging in front largely because of West Greene mistakes. Pigeon Forge’s biggest lead came at 19-11, but with Matthews at the service the Lady Buffaloes came back to take a 20-19 lead.

In the closing stretch, the Lady Buffaloes got kills from Greenlee and Barnes, and a tip from Matthews to take the 25-23 win.

In the first set, the Lady Buffaloes played from in front for almost the whole way by taking advantage of several Pigeon Forge miscues.

After the Lady Tigers tied things 15-15, they gave West Greene seven of its final 10 points on errors. Greenlee, Matthews and Kimmie Jeffers all had kills in the set.

In the second set, errors hurt the Lady Buffs as they fell 25-21 while only giving up two attacking points.

West Greene tied things 13-13 on an ace by Matthews and took the lead at 19-18 when Jeffers pushed a ball over the defense.

The Lady Tigers closed the set on a pair of aces by Kristin Hamilton for a 25-21 win.

West Greene regrouped to take the third set 25-18. Greenlee had five kills in the set to lead West.

The set stayed within four points until a tip by Barnes gave the Lady Buffs a 19-14 lead.