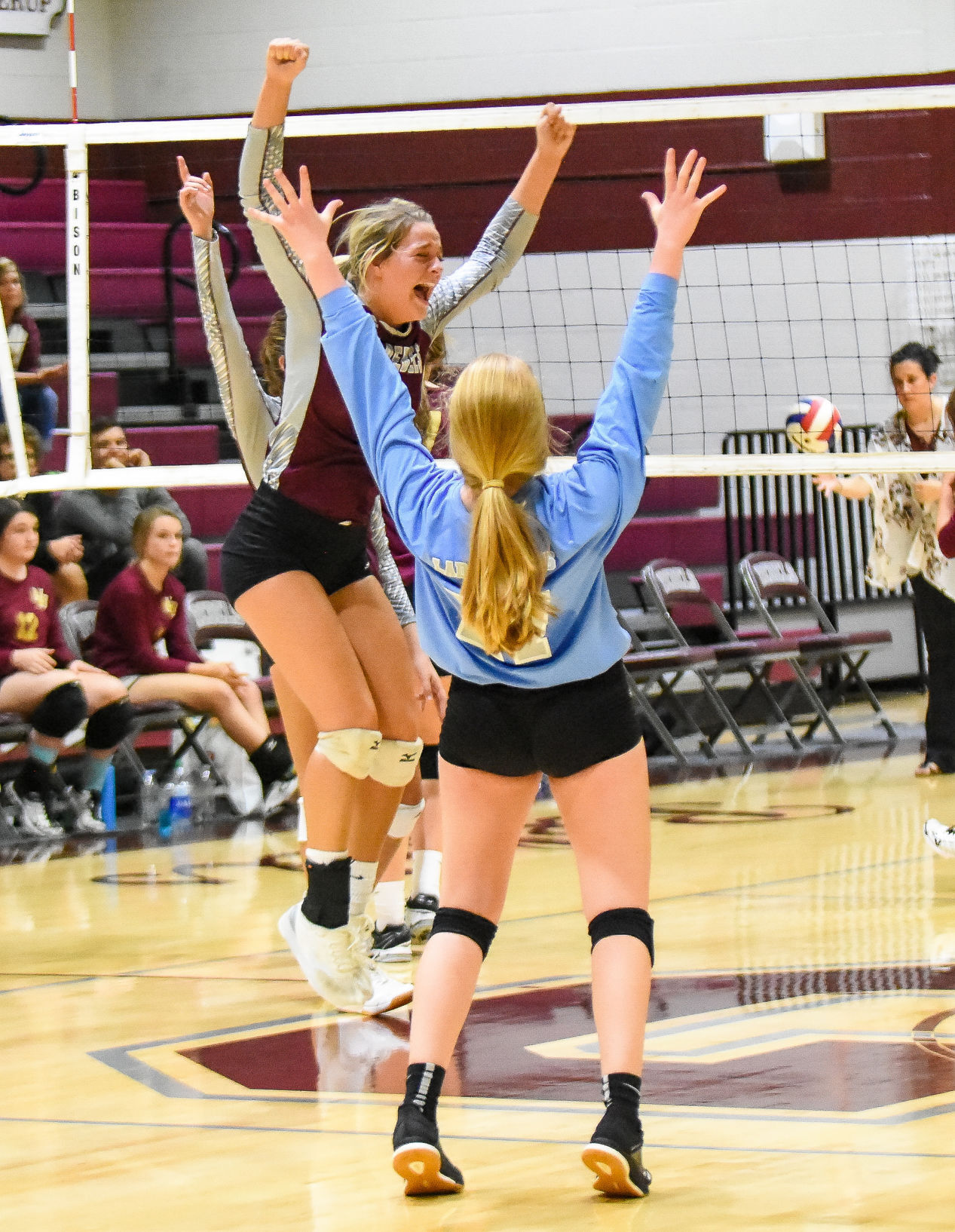 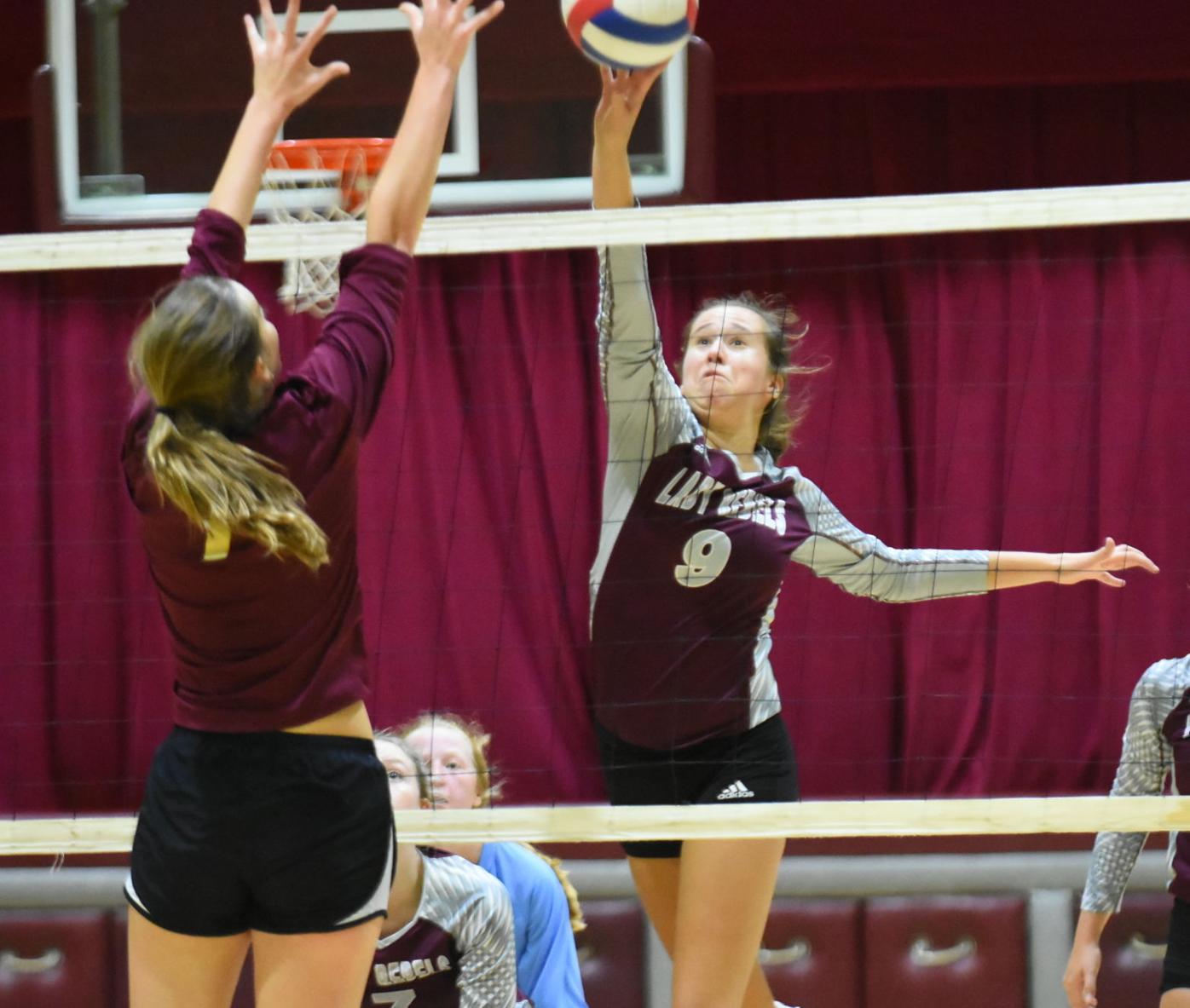 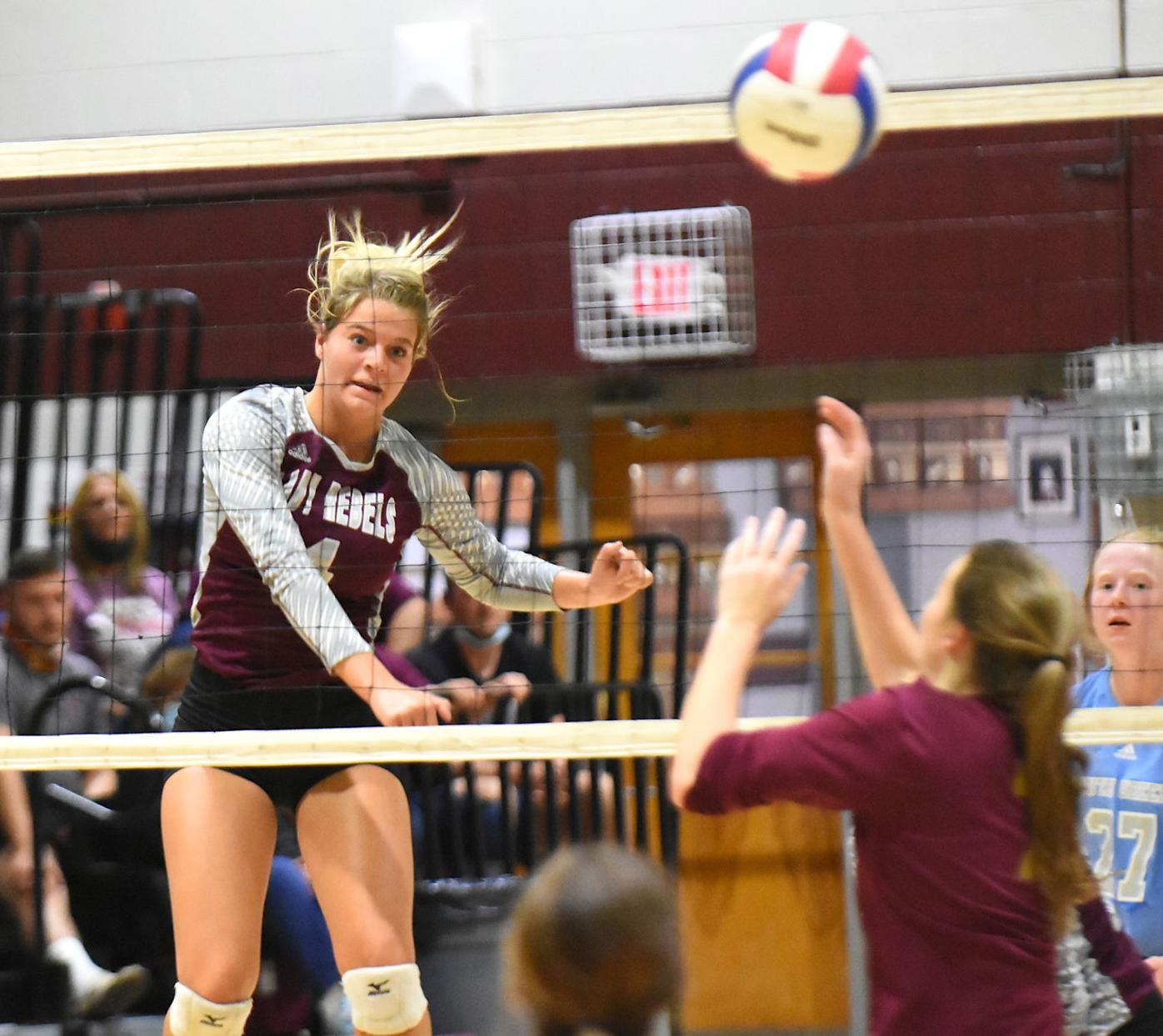 South Greene’s Addison Williams (4) hits the ball past a Van Buren County defender on Thursday in the Class A state sectionals. 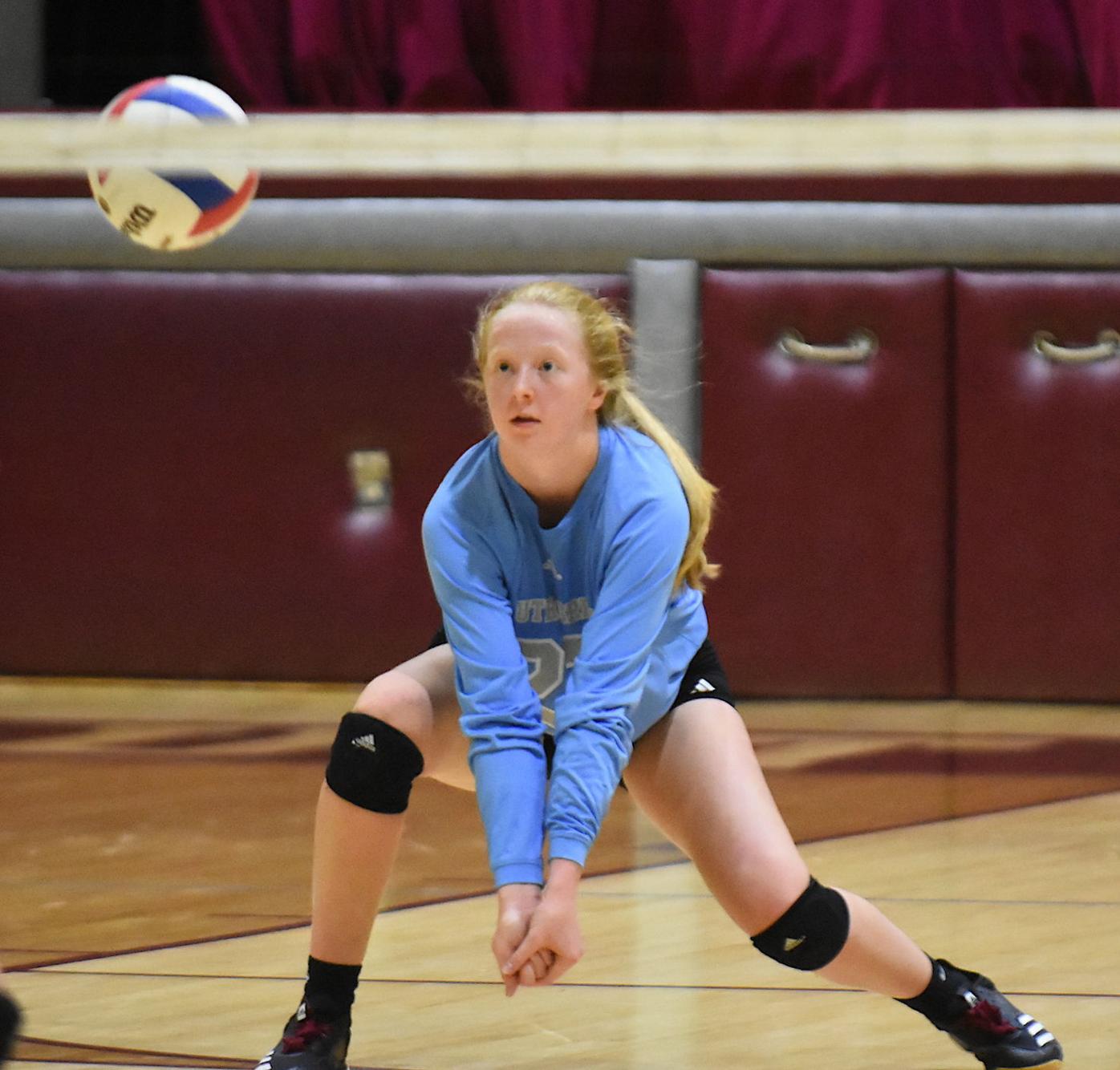 South Greene’s Macey Snapp receives a serve against Van Buren County on Thursday in the Class A state sectionals.

South Greene’s Addison Williams (4) hits the ball past a Van Buren County defender on Thursday in the Class A state sectionals.

South Greene’s Macey Snapp receives a serve against Van Buren County on Thursday in the Class A state sectionals.

When Addison Williams started taking swings in warmups on Thursday night, the eyes on the bench on the other side of the court got really big really fast as Van Buren County seemed awestruck by the South Greene standout.

Once the match started, that awe quickly turned to panic as Williams started firing missiles at the Eaglettes, and they could do nothing to stop her as South Greene captured a 25-5, 25-7, 25-17 win in the Class A state sectionals.

“Addison came to play tonight, that is for sure,” South Greene assistant coach Mike Taylor said. “She knew that she had to be a leader for us tonight. From what we saw on film we knew that we were going to need her, and she did a great job tonight.”

With the win on Thursday, South Greene is going back to the state tournament for the 12th consecutive year. And after Thursday’s performance, the Lady Rebels will head to the mid-state feeling pretty confident.

“The girls came out in those first two sets tonight and played really well,” Taylor said. “They put in a lot of energy and maybe got a little tired in the third set. But I am so pleased for these girls. We knew we had a young team this year and it’s great that they get to go back to the state tournament. I think this group can go down there and make some noise.”

The Class A state tournament will begin on Tuesday and will be played at Stewarts’ Creek High School in Smyrna. The other teams in the tournament are Meigs County, Sale Creek, Watertown, Loretto, Summertown, Halls and Union City.

The night started with Van Buren County scoring the first two points and it stayed close at 5-3 before Williams showed what the Lady Rebels are really about.

The junior hammered back-to-back kills that the Eaglettes could not even put a finger tip on. She proceeded to record kills on five of the next seven points as South Greene took a 13-4 lead.

Williams scored on a free ball before she went to the to service line and finished the set with 10 straight serves in a 25-5 win. In the closing stretch, Jordyn Roderick and Sydney Gentry scored on tips while Van Buren hurt itself with seven errors.

Errors were not a problem for the Lady Rebels until the late portion of the third set when they relaxed with the game in hand. But overall Taylor was pleased with the clean game he got out of his team.

“Seeing that is a real good sign going into the state tournament,” Taylor said. “These girls are learning to cover well. That is getting better every game. Their serves were spot on tonight. We didn’t even make it through the first rotation in the first two sets.”

Williams finished the night with 19 kills while Roderick added 10.

In the second set, Van Buren got a pair of kills from Riley Scoggins to take a 4-0 lead, but that advantage did not last long.

A kill by Williams gave the serve back to South Greene and then six straight serves from Macey Snapp gave the Lady Rebels an 8-5 lead.

From there, Williams and Roderick seemed to alternate kill opportunities that the Eaglettes stood no chance of returning on the way to a 16-7 lead.

Gentry served the final nine points while Roderick laid down kills on the final two points on the way to a 25-7 win.

Roderick scored the first point of the third set on a kill and then served the Lady Rebels to a 7-0 lead with a pair of aces.

Van Buren’s big middle hitter Greta Rigsby brought the Eaglettes within 9-7 with a block and a pair of kills.

Two blocks by Mackenzie Nitson and a block and two kills from Roderick pushed South Greene to a 15-8 lead.

After a kill by Haley Kells, the Lady Rebels were in front 20-12. In the closing stretch, Williams put down two more kills on the way to a 25-17 win.

South Greene will start the state tournament without coach Stephen Gregg, who will still be in quarantine after a close contact with positive COVID-19 case.