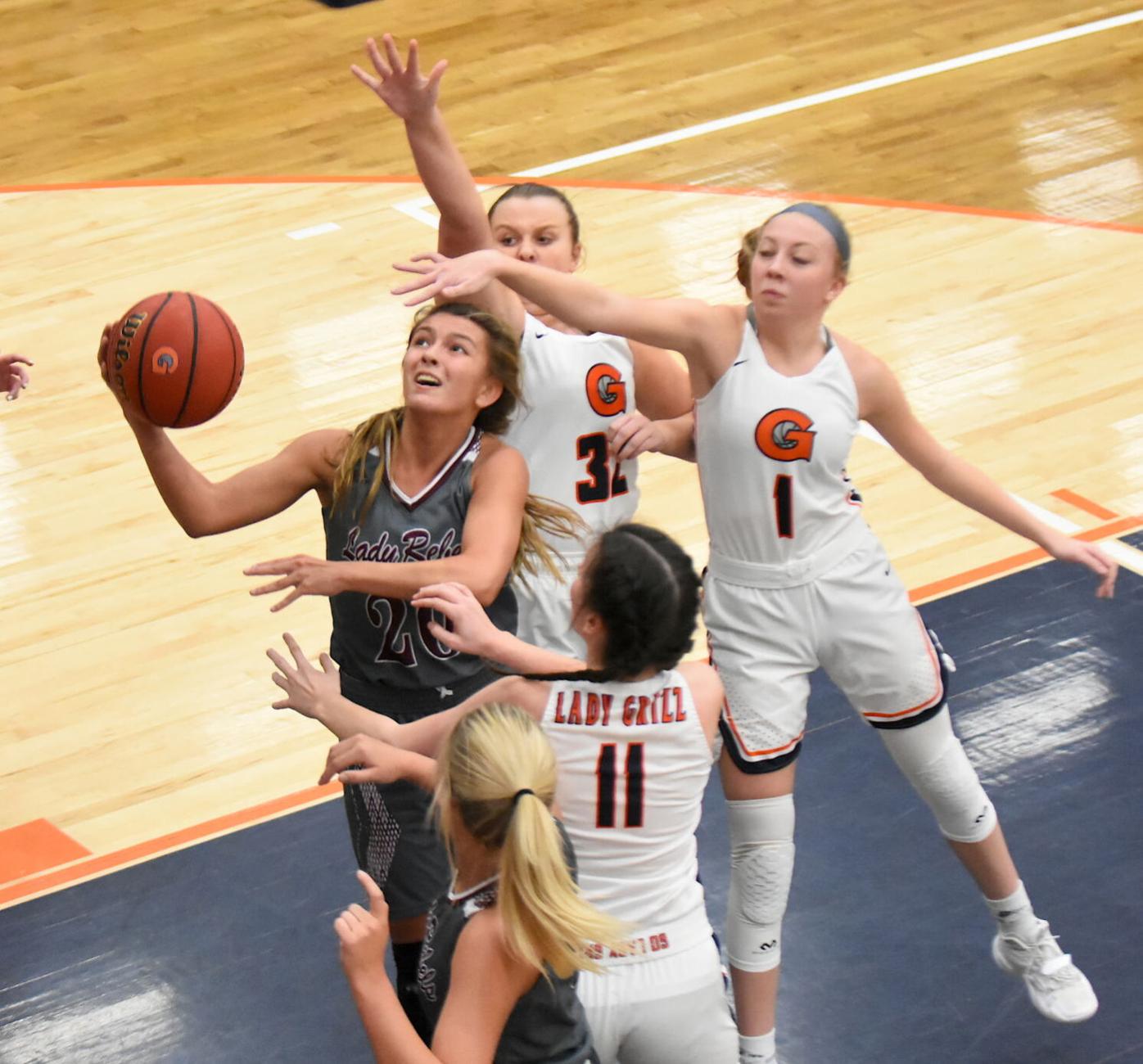 South Greene’s Kiley Collins (20) drives through Grainger’s defense on the way to a layup on Monday in the District 2-2A championship game. 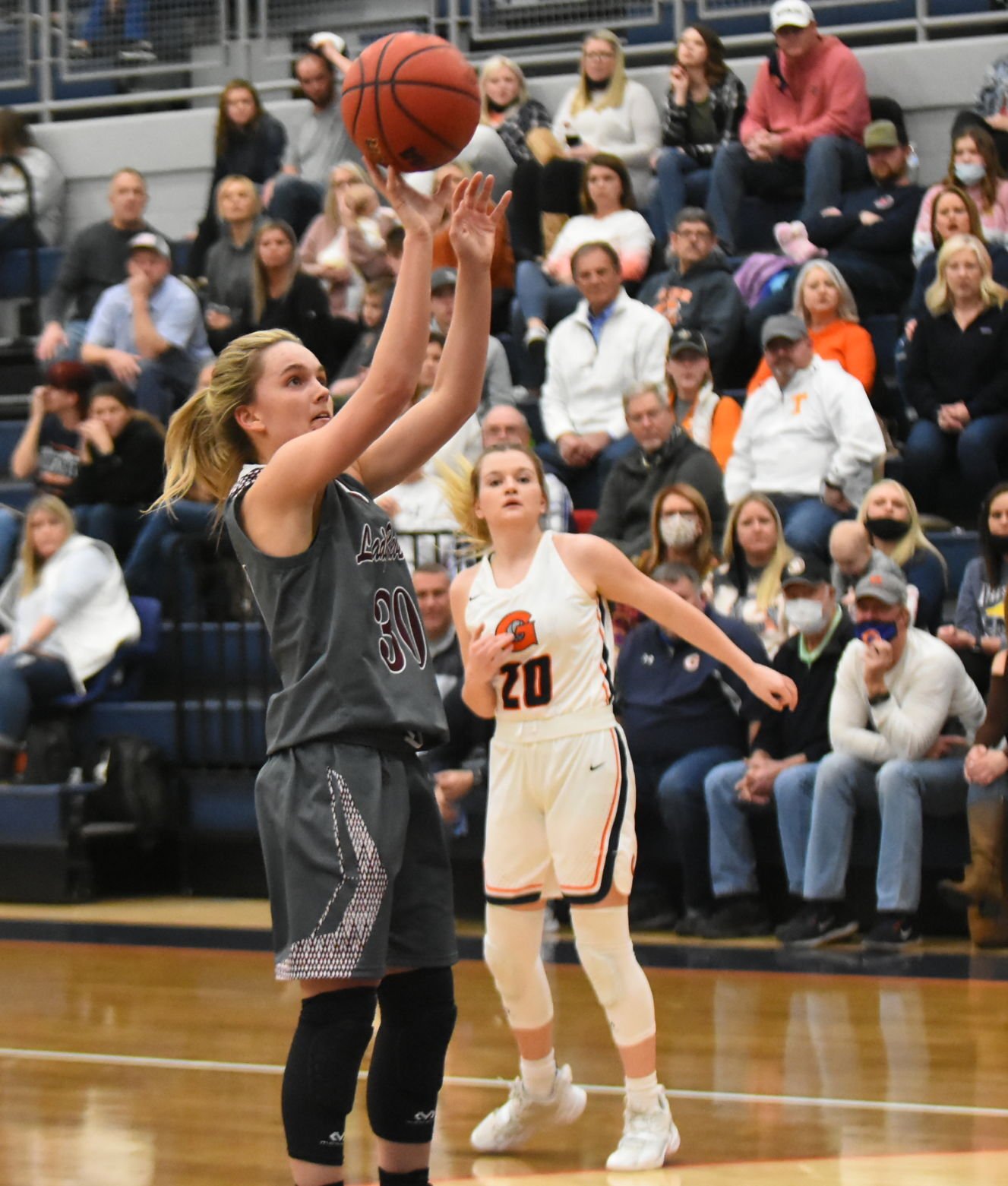 South Greene’s Amelia Mullins puts up a shot against Grainger on Monday. 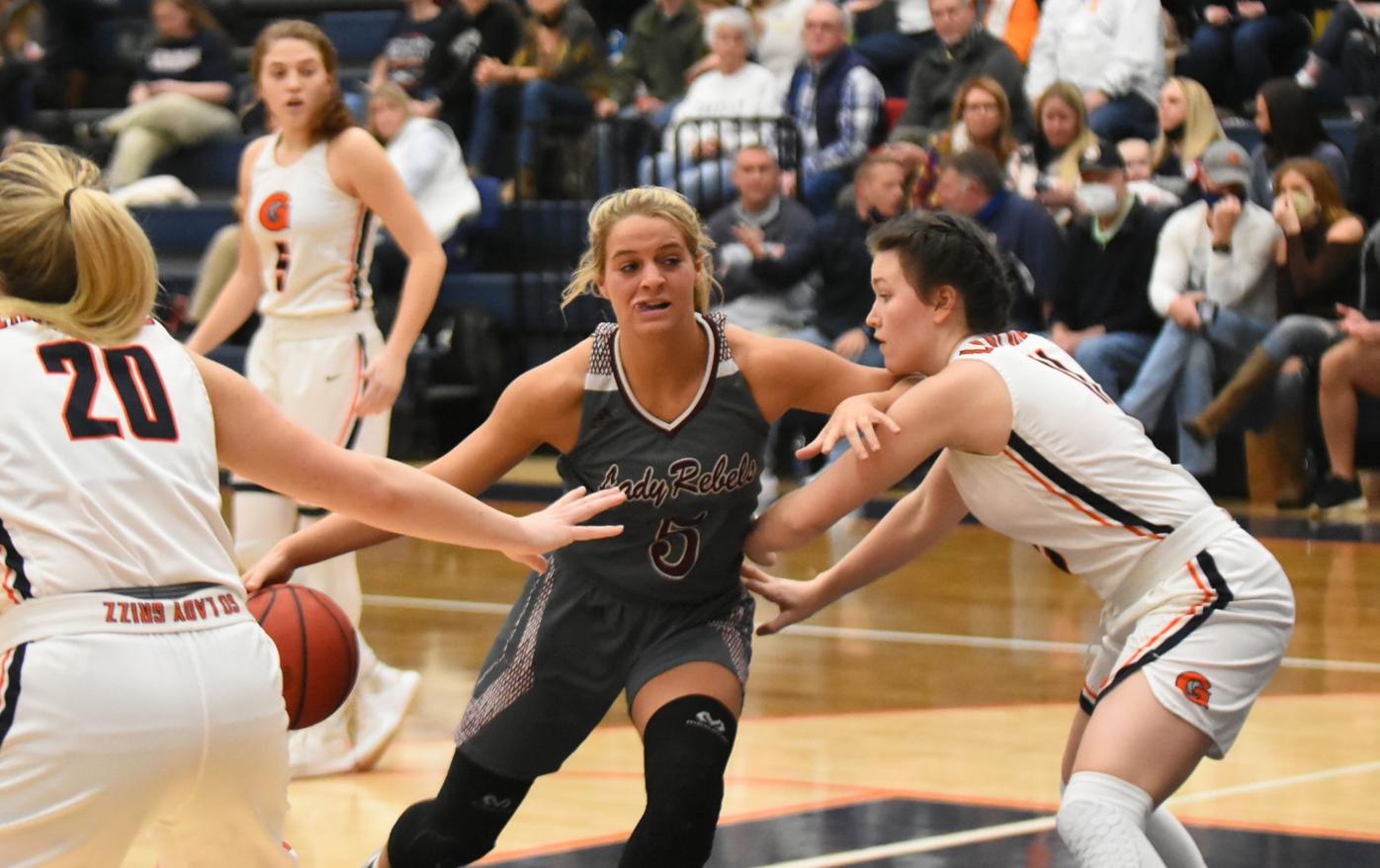 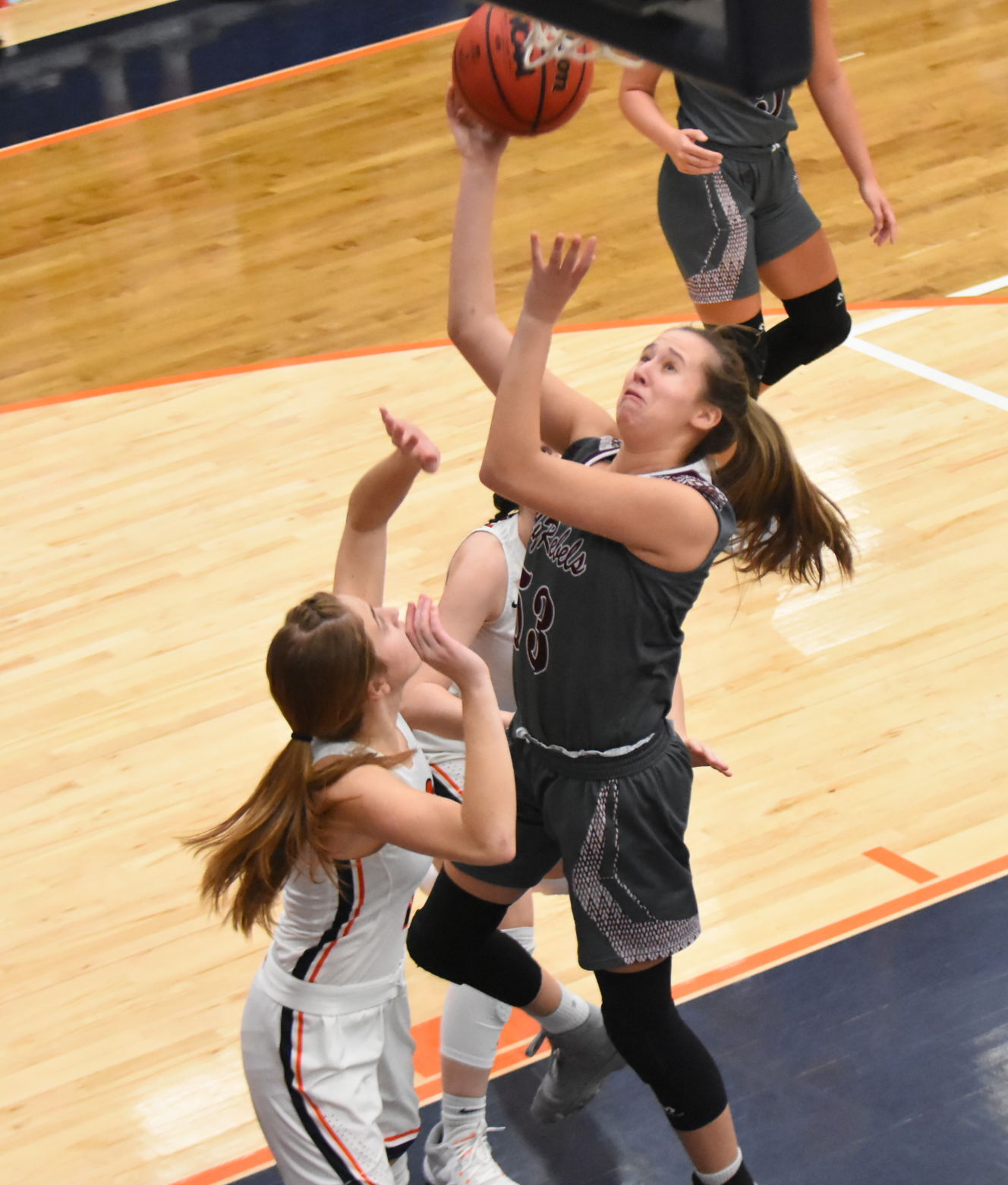 South Greene’s Kiley Collins (20) drives through Grainger’s defense on the way to a layup on Monday in the District 2-2A championship game.

South Greene’s Amelia Mullins puts up a shot against Grainger on Monday.

RUTLEDGE — Grainger proved to be too much for South Greene to handle on Monday night in the District 2-2A tournament championship game.

The Lady Rebels never figured out how to handle the Lady Grizzlies’ pressure defense and took a 64-30 loss.

“I’m just dejected right now. We lost to the better team,” South Greene coach Stephen Gregg said. “We played right into their hands. We couldn’t slow them down and they sped us up. I thought we could have a had a little more effort, but the way they jumped out on us took the wind out of our sails. We just couldn’t get going.”

The Lady Rebels’ are not done, and will have to figure out how to regroup for the Region 1-2A tournament which starts on Friday. South Greene will open the region against District 1-2A third-place finisher Elizabethton. The Lady Cyclones beat Unicoi County 70-37 on Monday.

“We can’t let this defeat determine the rest of our season,” Gregg said. “We have a couple days of practice to get ready and we have to realize we’re blessed to be in the regional. We can’t be tripping over our lips and pouting. We got beat tonight, we have to move on.”

Monday’s contest started with Grainger scoring the first seven points, while the Lady Rebels had trouble finding anything on offense.

Kiley Collins used her quick hands on defense to swipe the ball at mid court and get the Lady Rebels on the board for the first time three minutes in the first quarter.

Grainger’s Lauren Longmire followed with a pair of 3-pointers to push the lead to 13-2.

Collins running in transition continued to be the only thing that was working for South Greene, but a pair of layups and a free throw by her closed the gap to 13-7.

The quarter ended with Longmire hitting a runner from the left side of the lane for a 17-7 Lady Grizzlies’ lead.

Longmire was the tournament’s MVP after she scored 24 points in the championship game. She finished the first half with 20 points.

South Greene’s Jordyn Roderick scored the first points of the second quarter, but then it would take the Lady Rebels five minutes to figure out how to get another basket to fall.

A 3-pointer by Tori Rutherford pushed the score 35-11 and the teams went to halftime with the Lady Grizzlies leading 37-13.

The second half started with things picking up for the Lady Rebels on the offensive end. Addison Williams scored six points in the paint and Amelia Mullins sank a jumper from the top of the key, but South Greene could not put a dent in the lead as the score moved to 46-22.

Grainger then closed the third quarter with two triples from Matty Tanner and another deep shot from Rutherford as the lead reached 60-24.

The fourth quarter was spent with both benches cleared and the clock running continuously.

Sydnie Hayes was also in double figures for the Lady Grizzlies as she put in 16 points. Williams led South Greene with nine points.