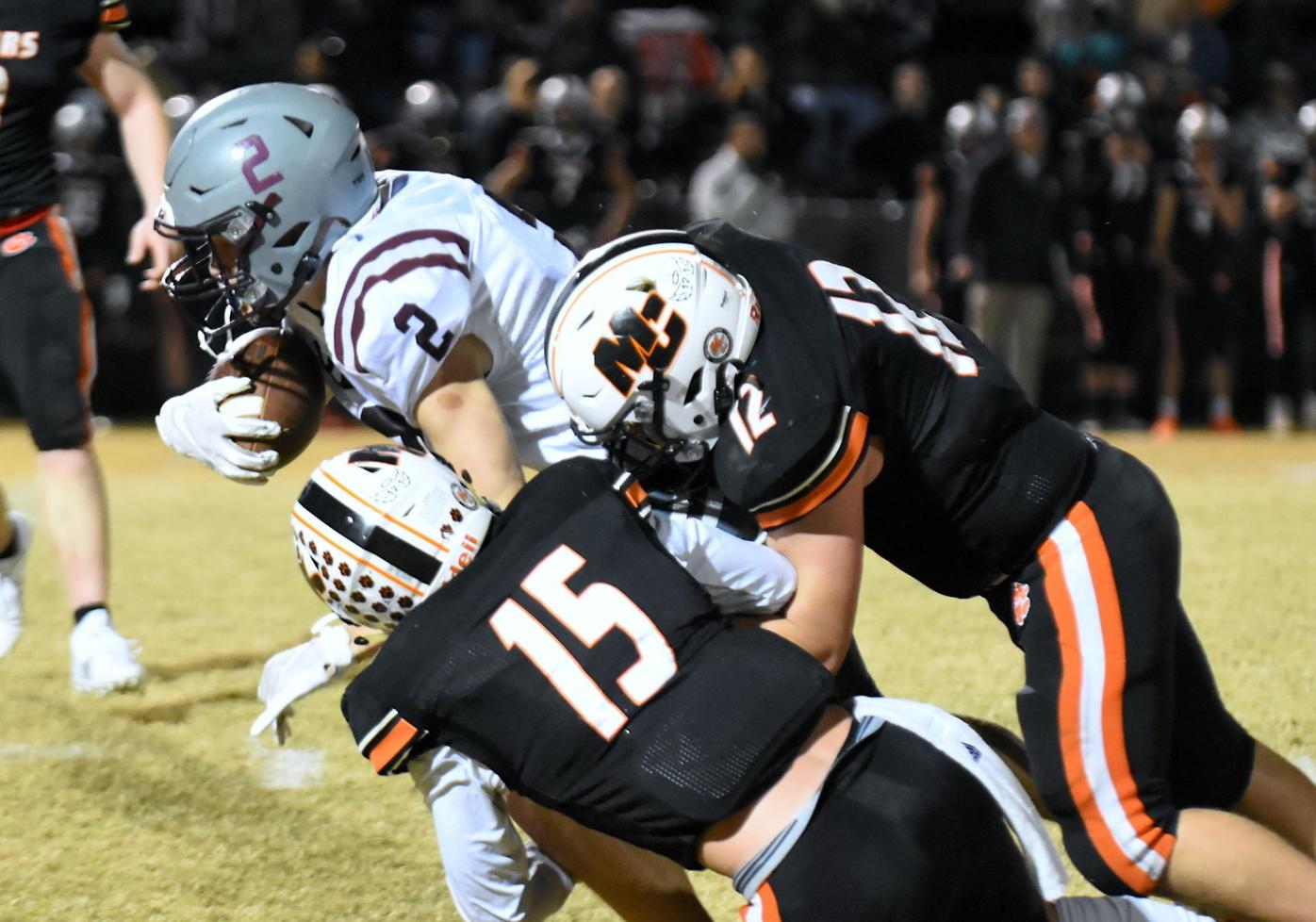 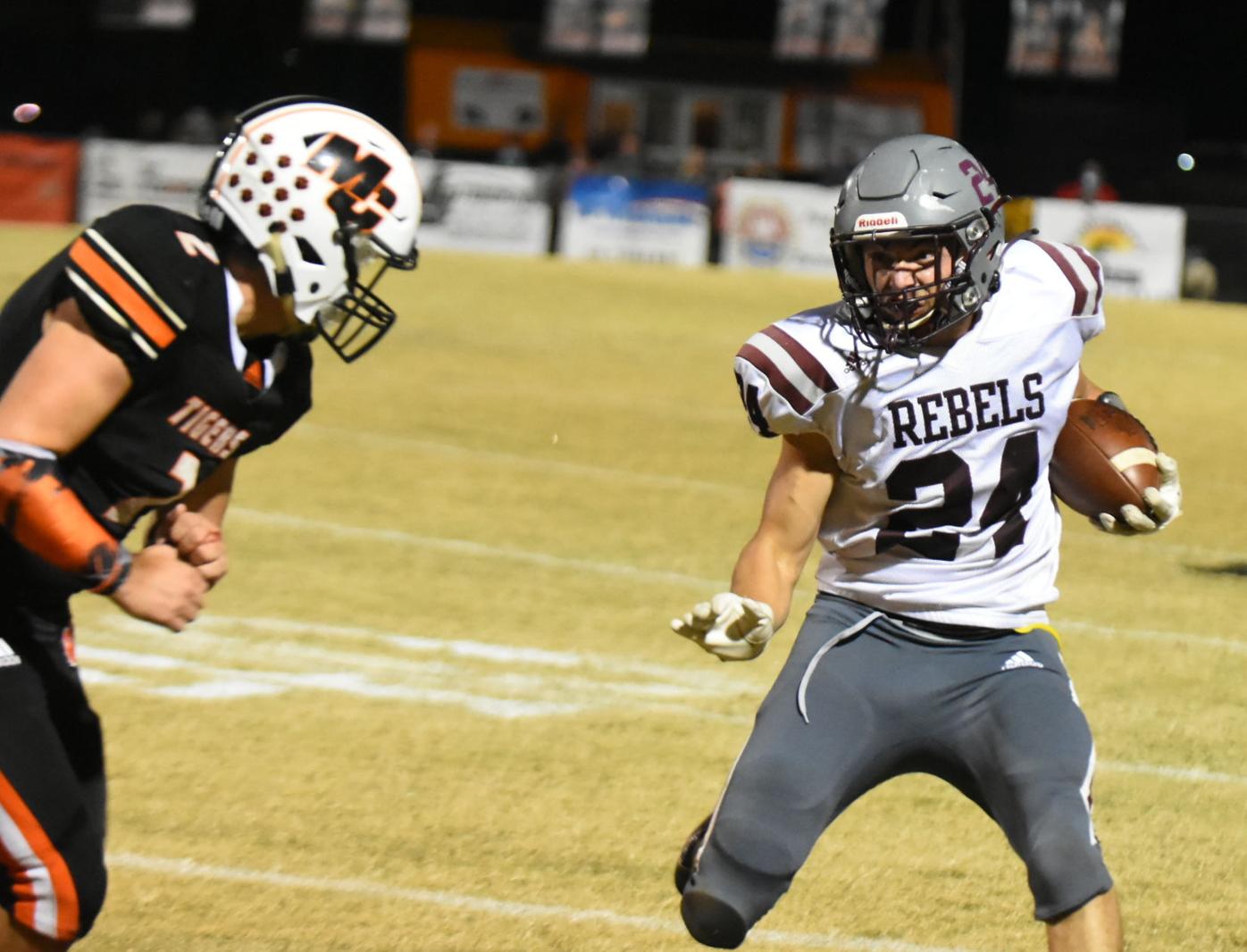 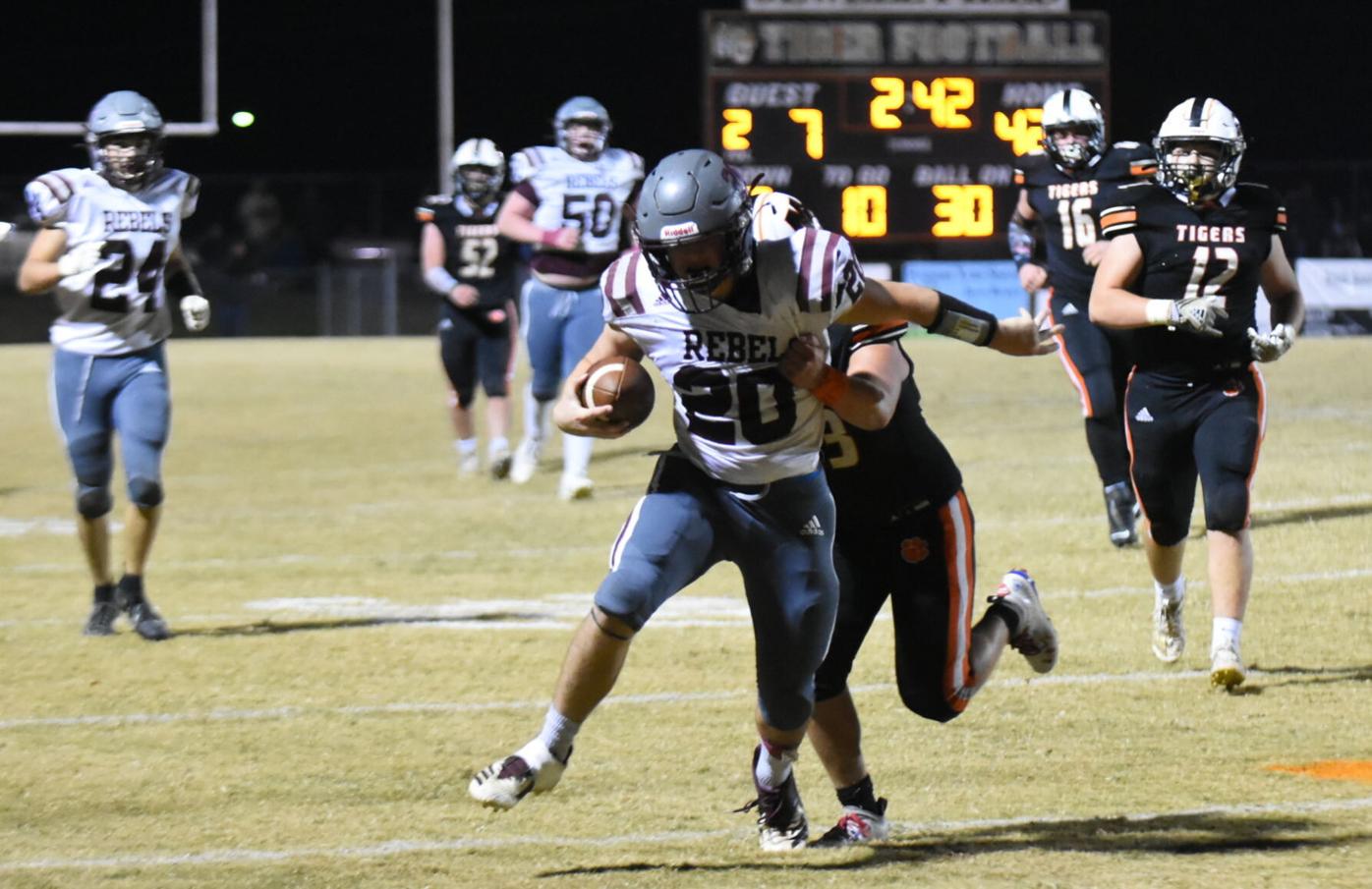 South Greene’s Mark Crum (20) tries to get away from a Meigs County defender on Friday. 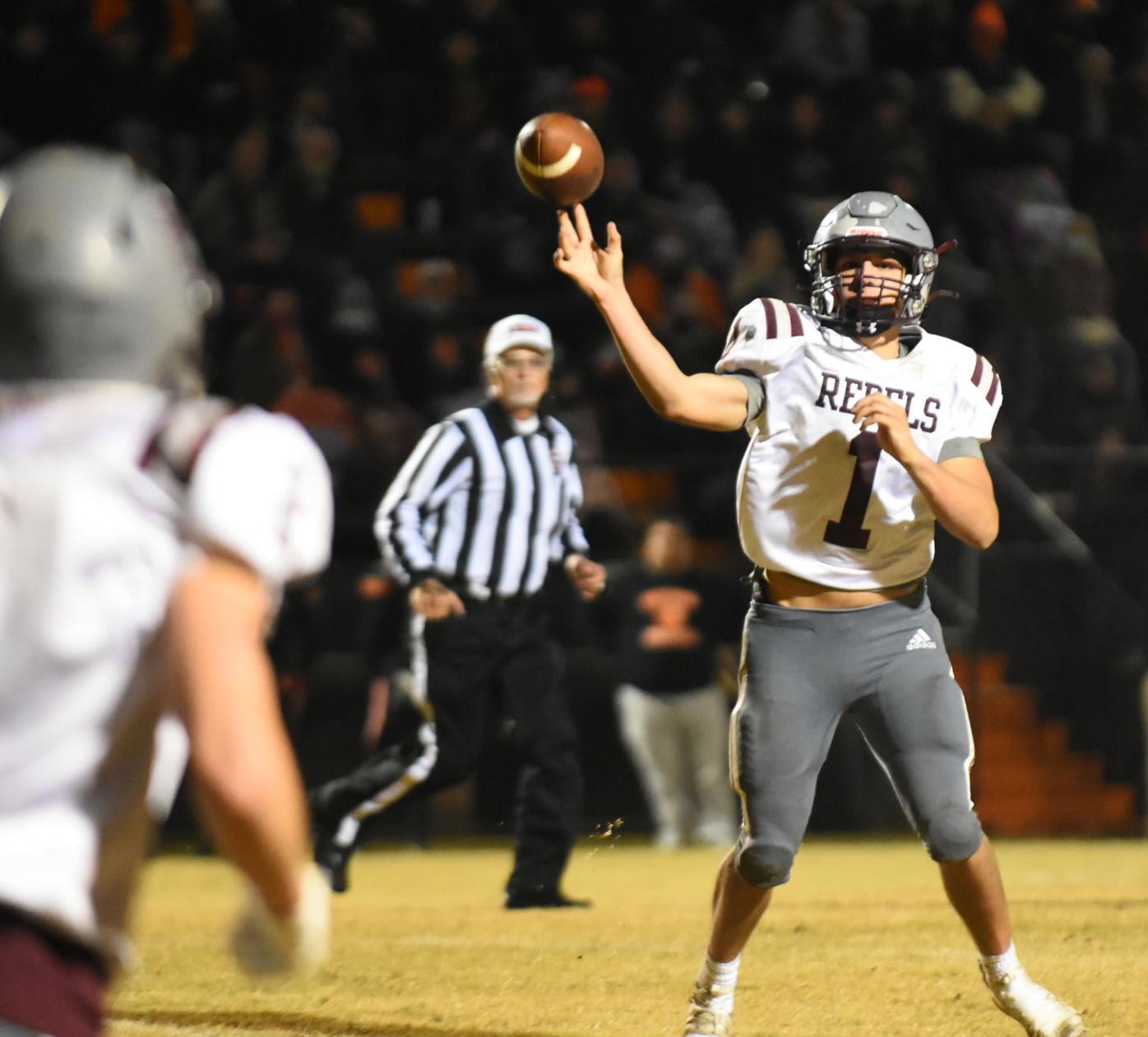 South Greene’s Mark Crum (20) tries to get away from a Meigs County defender on Friday.

DECATUR — The best season in South Greene football history came to an end on Friday night in disappointing fashion, but coach Shawn Jones hopes his players understand how far the program has come and what the future could look like.

For the fourth year in a row South Greene’s season was brought to an end by Meigs County, this time the Tigers captured a 42-14 victory to advance to the Class 2A State Semifinals.

“I am proud of the great season we had, we are lucky to get 13 games in.” Jones said. “This is going to hurt, but I hope it makes them hungry for next year. Now we are at a point where we are expected to win ball games and have great seasons. We’re trying to build a culture. We want to have a culture of winning. This was a great year, and we are excited about the future.”

South Greene finishes the year with a 12-1 record after advancing to the quarterfinals for only the second time in school history. The Rebels also had their first perfect regular season since 1995, and won their first outright region championship since 2001.

“We got punched in the mouth tonight.” Jones said. “This is a great team we payed tonight. They played for a state championship last year and they may very well do it again this year. This has to make us hungry. We have to start the offseason now, with that hunger.”

It was Mr. Football finalist Will Meadows who set the tone for the Tigers on Friday as he ran for 211 yards and six touchdowns on 14 carries.

The Tigers first touchdown came with 8:33 left in the first quarter when Meadows took the ball off tackle to the right and went 21 yards through a couple of South Greene arm tackles.

South Greene showed some promise on its next drive as Luke Myers dinked and dunked it down the field with short passes to Preston Bailey, but the Rebels were stopped on fourth down with one yard to gain.

Four runs by Meadows later Meigs County led 14-0 after he went straight up the middle for a 13-yard touchdown.

South Greene followed by putting together a good drive that lasted 12 plays and covered 57 yards, but on fourth down from the 16-yard line a high snap ended the Rebels scoring chances.

“Those fourth downs were huge,” Jones said. “You have to convert there when you are playing a great ball club. We just couldn’t catch up after missing those.”

Meadows set up Meigs County’s next score with a 40-yard reception down to the two-yard line, and then he got into the end zone the next play.

An offside penalty moved the Tigers closer on the extra point try, and quarterback Logan Carroll ran it in for two points to make the score 22-0.

With 3:31 left in the first half Meadows powered across the goal line from the one-yard line to send the Tigers into halftime leading 29-0.

After South Greene failed to recover an onside kick to start the second half Meadows needed just one play to add to the Tigers’ total. He went 55 yards with a couple of shifty moves mixed in to make the score 35-0. The Rebels blocked the extra point attempt

South Greene answered with a 41-yard connection between Myers and Chandler Filler on the first play of the ensuing drive. Myers then hit Bailey in the corner of the end zone for a 10-yard touchdown.

Myers finished the night with 236 yards passing with two touchdowns and two interceptions. He also ran for 57 yards. Bailey finished the game with 13 catches for 109 yards and a score.

Meigs county responded with a 27-yard run by Carroll that set up a 23-yard touchdown run by Meadows.

South Greene had one more scoring drive left in its historic season. Myers had a 27-yard connection to Corey Houser, a 15-yard connection to Mark Crum, and a 12-yard hookup with Bailey before he found Caleb Robinson alone in the end zone with 9:25 left to play.

Meigs County finished the night with 393 yards of total offense.