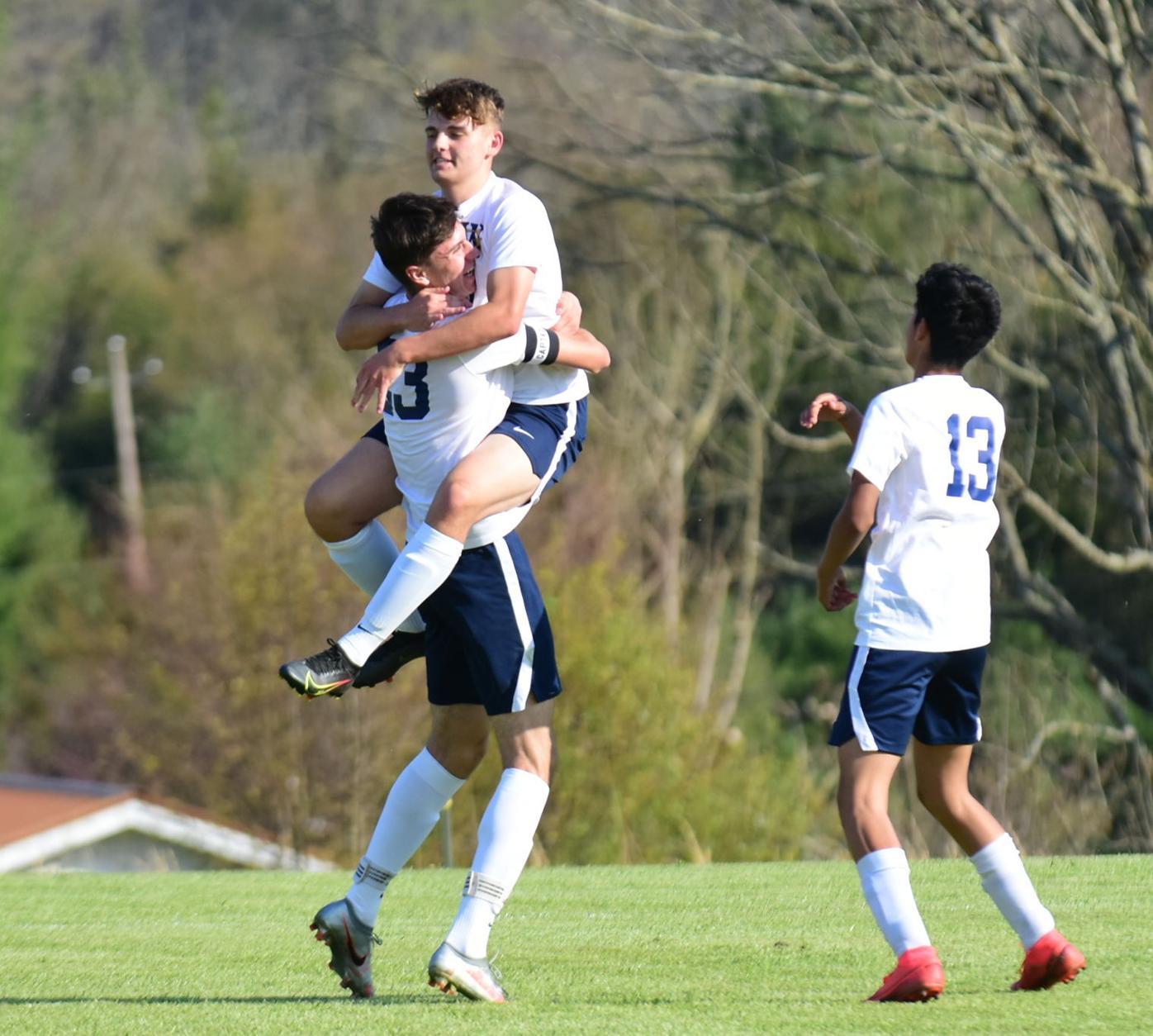 West Greene’s Henry Awayes jumps into the arms of Nic Auer after scoring a goal on Tuesday against Chuckey-Doak. 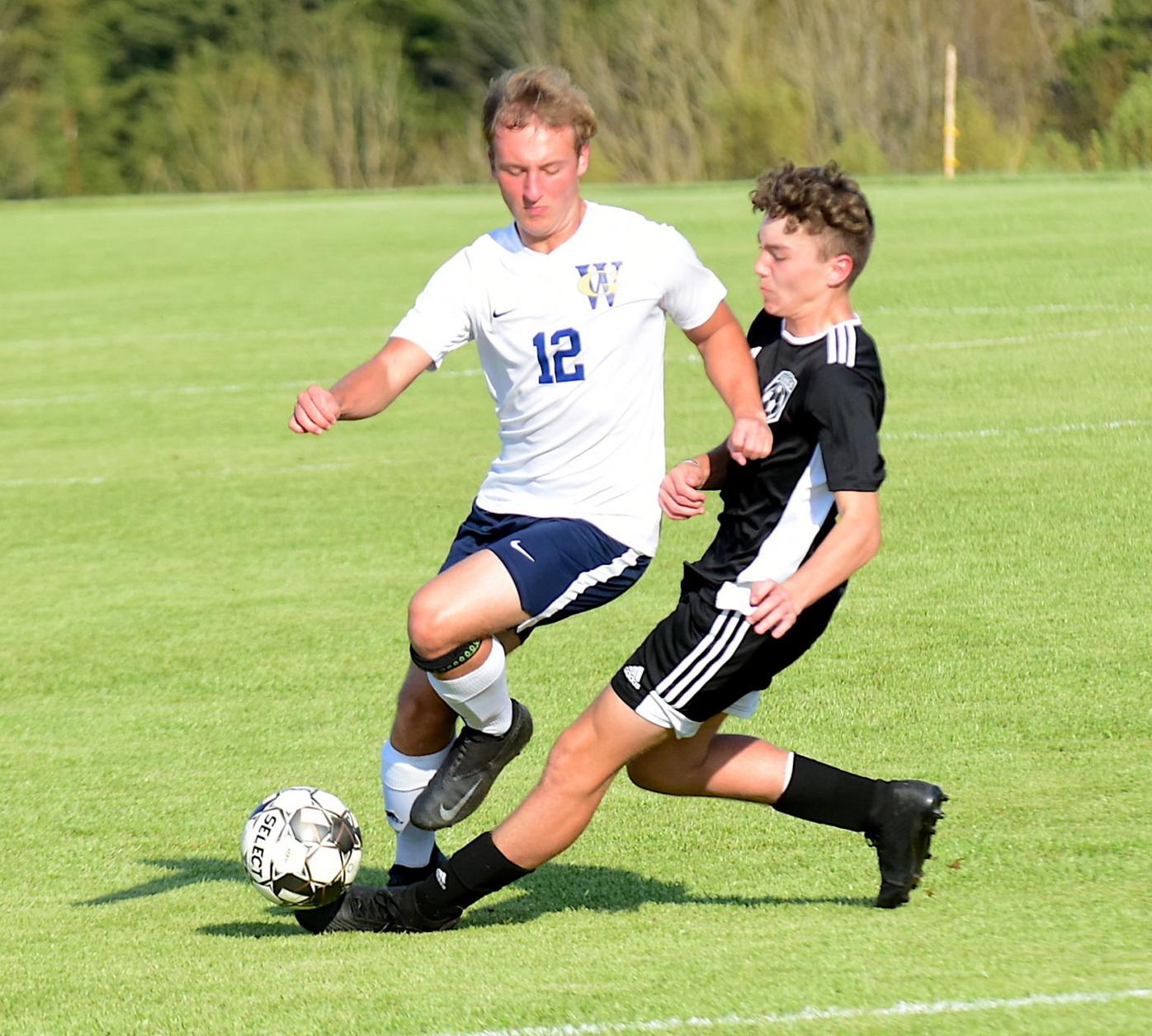 West Greene’s Jay Higgins (12) tries to get past Chuckey-Doak’s Nic Fugate on Tuesday. 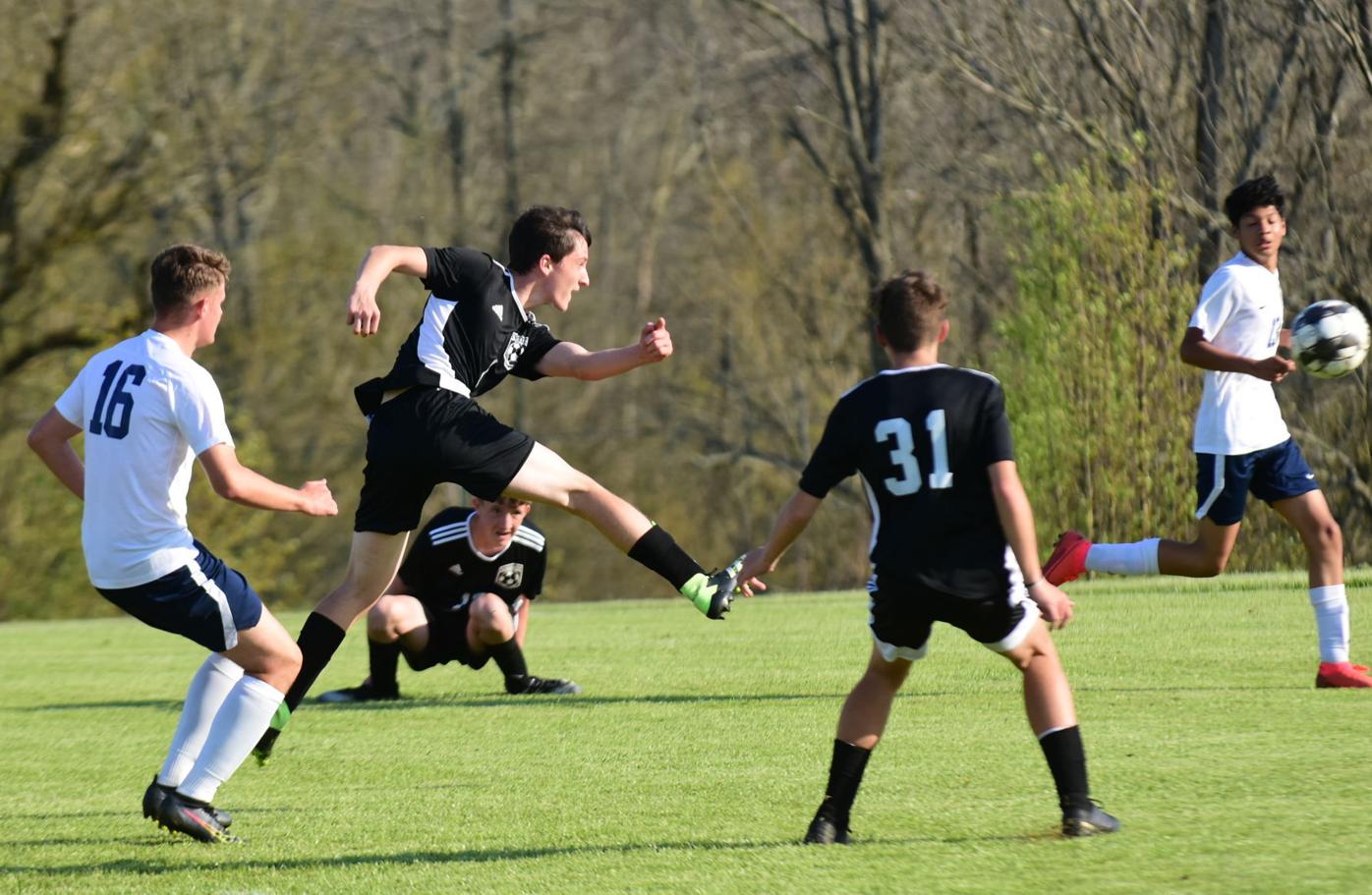 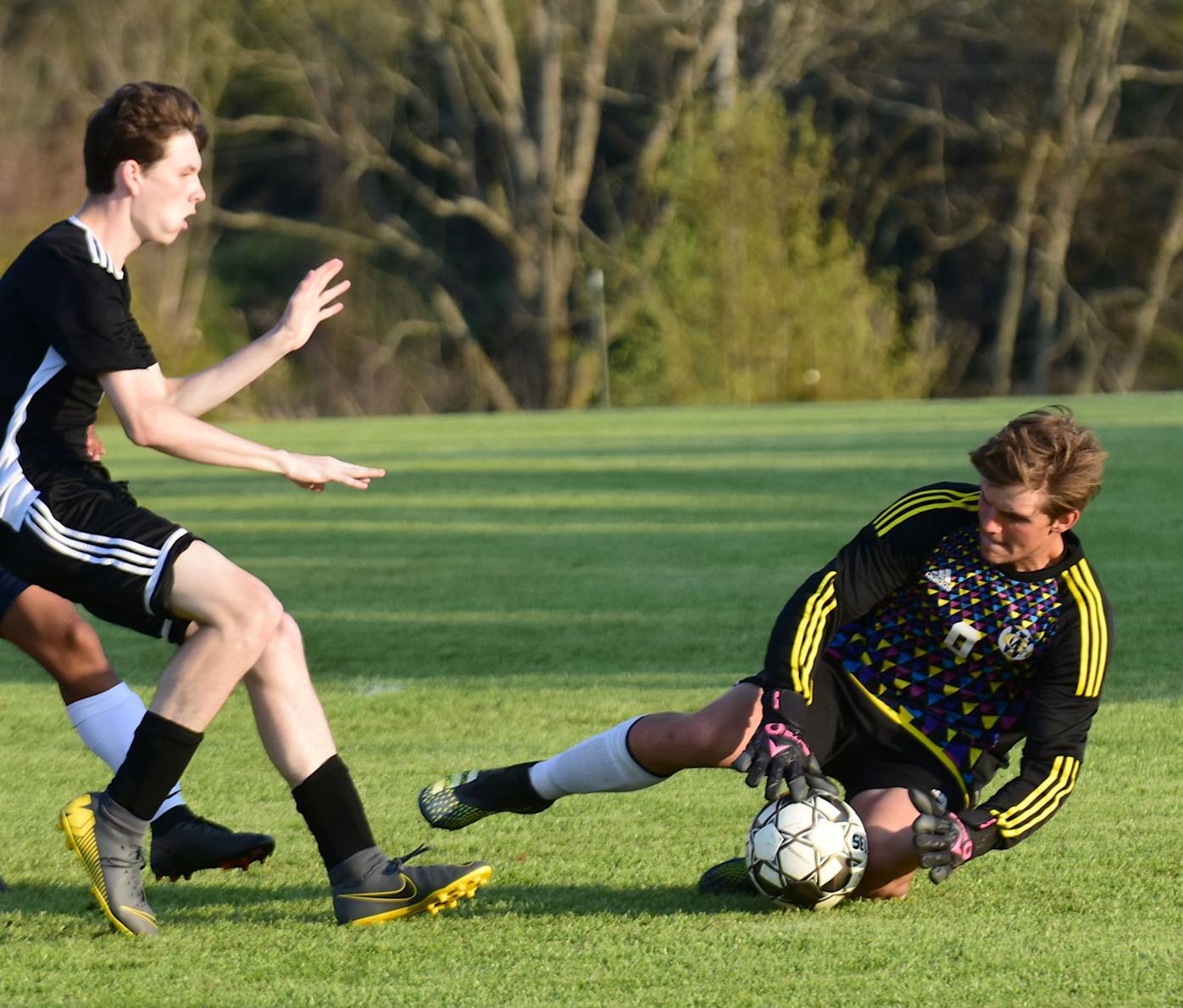 West Greene’s Henry Awayes jumps into the arms of Nic Auer after scoring a goal on Tuesday against Chuckey-Doak.

West Greene’s Jay Higgins (12) tries to get past Chuckey-Doak’s Nic Fugate on Tuesday.

The West Greene soccer team took control of District 1-A on Tuesday night by beating Chuckey-Doak for the first time since 2016.

The Buffaloes beat University High last week, and now after a 4-0 win over the Black Knights West Greene sits a game up on both of its rivals while controlling its destiny when it comes to postseason seeding.

“It’s always good to beat Chuckey-Doak, and to get a district win,” West Greene coach Logan Minnick said. “It’s really good to be on top of the table right now in the district, and sitting on a six-point lead. It changes how you approach those games the second time around.

“Each team we have played so far has presented different problems for us, and we are just working on figuring out those problems. But right now we are doing a pretty good job.”

The difference on Tuesday was the combination play of Nic Auer and Henry Awayes as Auer set up Awayes three times as part of a hat trick performance.

“Those two have great chemistry with each other,” Minnick said. “They play very well off of each other and know what the other is going to to do. Today they had to figure out some of those problems Chuckey-Doak’s defense was presenting, and as the game went on they were able to do that.”

The duo got the scoring started in the sixth minute. Auer sent ahead a long free kick from the mid-field stripe. Awayes outran the defense to the ball, worked up the left side toward the goal and fired the ball inside the right post for a 1-0 lead.

That lead held to halftime. The Buffaloes controlled the ball throughout the first half, primarily due to the play of midfielders Matt Vance, Blair Shelton and Marcos Espinosa. The unit was quick to the ball and prevented the Knights from getting into any favorable offensive positions through the first 40 minutes.

With the control of possession in the first half came plenty of shot opportunities for West Greene, 10 in fact, but most were off target and the others ended up in the hands of Bryann Zapata.

In the second half, Chuckey-Doak was able to create some scoring opportunities. In the 51st minute, the Knights sent three shots at goal off a corner kick, but the Buffs’ defense turned each away.

In the 58th minute, Awayes found the back of the net again. Auer sent a feed to Awayes from 40 yards out. Awayes worked from wide on the left side and maneuvered through two Black Knight defenders before launching his shot from 12 yards.

In the 68th minute, Espinosa got involved in the scoring when he muscled through a crowded box before finding an opening at 10 yards where he sent a shot through a pair of defenders and into the upper right corner of the frame.

Awayes finished the scoring when he took another long pass from Auer and broke away from the defense before beating Zapata one on one.

Chukey-Doak had several set-piece opportunities in the second half, but every time West Greene keeper Hunter Gregg and his back line erased them.